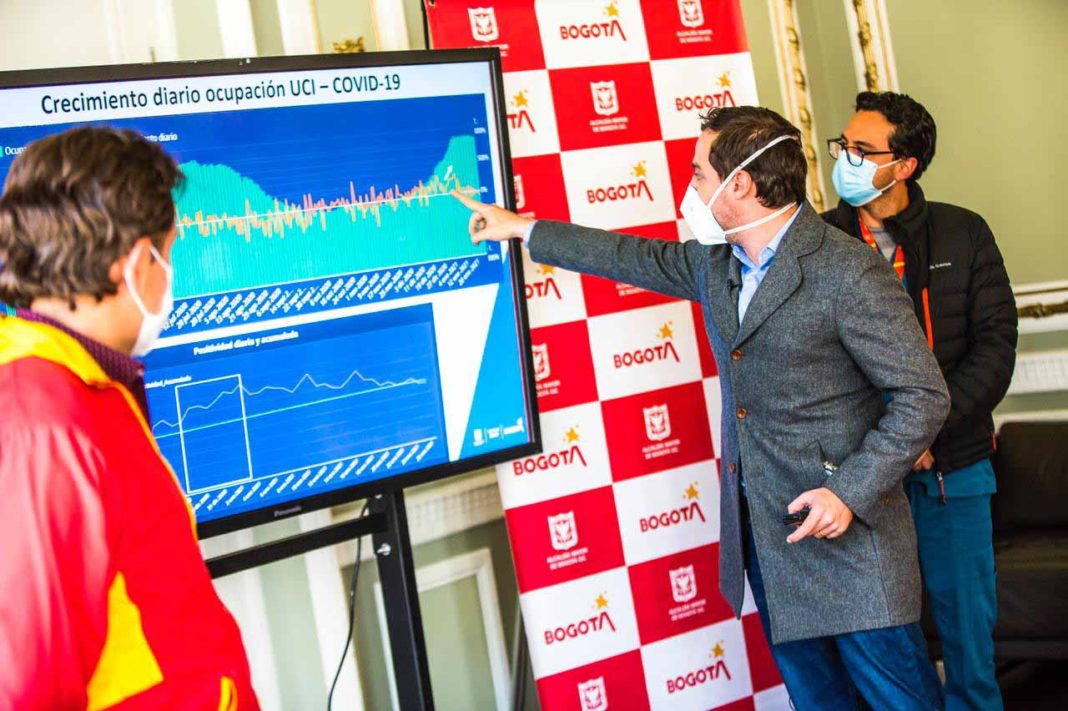 Mayor Claudia López has given Bogotanos a lockdown recess for the last weekend in January based on stabilization in UCI occupancy at 90%, as well as daily infections not registered in the capital since late-December.

After three weekends of strict quarantine for the Colombian capital and evening curfews lasting from 8 p.m to 4 a.m., the curfew will continue, but shortened by two hours at the petition of merchants and local commerce. As of Friday, night curfews  begin at 10 p.m.

After a meeting with the National Epidemiological Committee on Wednesday, the district administration took the decision to maintain the identity card restriction – Pico y cédula – until the city has an ICU occupancy lower than 80%, or below the Red Alert limit.

The revised measures were announced by the district’s Government Secretary Luis Ernesto Gómez who also recommended the public begin replacing cloth-based face masks for medical grade N95 coverings to reduce exposure to coronavirus, and residents above 60 years of age voluntarily stay home. Given high contagion rates in nine neighborhoods of capital, these Zonal Planning Units (UPZ) could be placed under strict lockdown for another two weeks affecting an estimated 1.5 million residents.

Gómez also highlighted that the second-wave of infection was much steeper and acute than originally predicted by epidemiologists, and that a third wave could be expected in April.