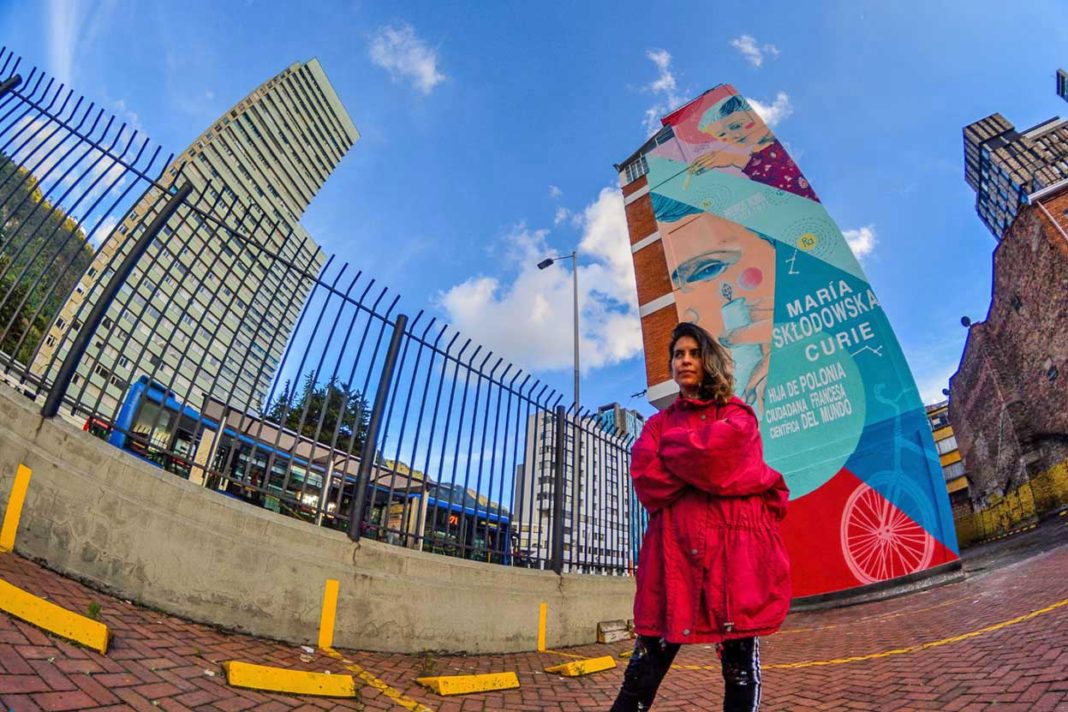 Bogotá’s vibrant streets have received an additional visual landmark after the Polish government, represented by its Embassy, donated to the Colombian capital a building-size mural in honor of Polish and naturalized-French physicist and chemist Marie Curie.

The mural facing the TransMilenio station Universidades was created by street artist Lili Cuca, and auteur of several works on public walls. Cuca is one of a select group of women street artists who have transformed derelict spaces into colorful narratives. The 8-story high mural presents Curie as a double portrait for winning a Nobel Prize for Physics in 1903 – and first woman to be awarded the distinction – and for her Nobel Prize for Chemistry in 1911.

The inscription “María Skłodowska Curie, daughter of Poland, French citizen, scientist of the world,” is written at the base of the mural and also references the committed role of Colombian healthcare workers during the coronavirus pandemic.

Other details on the mural include Curie in a traditional dress from Poland’s Łowicz region and the scientist’s iconic bicycle. Cuca’s inclusion of the bicycle is a direct affirmation of Bogotá’s urban culture and popular use of eco-friendly transportation.

First No Car Day of the year for Bogotá on February...