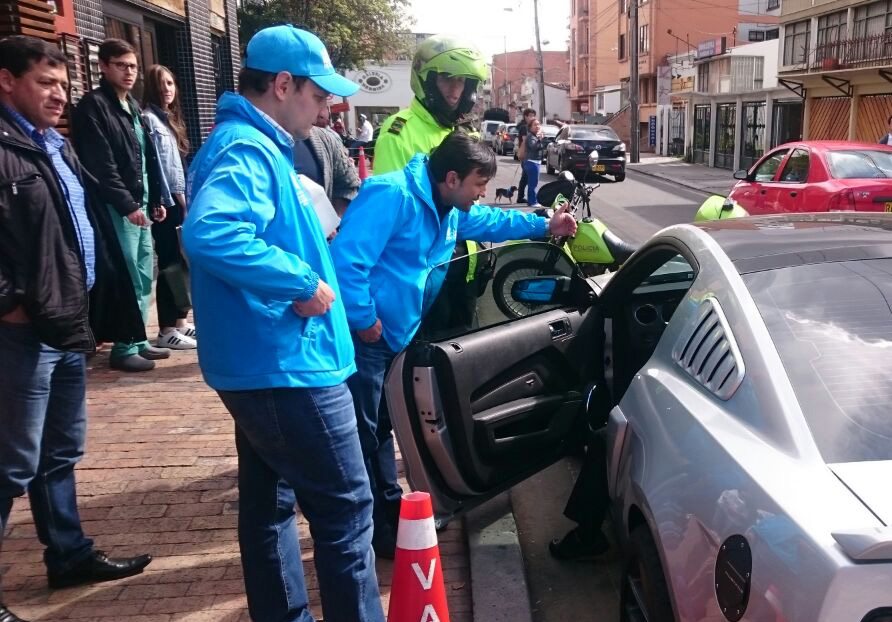 If there is one word that strikes fear among Bogotá vehicle owners it’s  “Alamos” – the city’s pound located near the airport. If you are one of the unfortunate owners of a car or motorcycle who has had to venture to the western fringes of the capital to try an rescue your car, you know this ordeal involves a lot of paperwork, standing hours in line and paying a heavy cost, both in time lost from work and of course, money. The average car remains in the pound for 72 hours.

A campaign by the mayoralty called “Operación Sabado” (Operation Saturday) wants to drive the message home: don’t park by the side of the road as the transit police are out and about, and will, in a dash, take you car off the pound.

Having started four months ago, so far 4,855 fines have been imposed and 1,532 car immobilized as part of a city-wide campaign to reclaim public space. The fine for parking illegally begins with $344,700 pesos (US$115).

The areas where tow trucks are most likely to roam are Bogotá’s gastro zone (Zona G), Usaquén, the commercial shopping district (Zona T), Galerias, Parque de la 93 and the Americas Outlet mall. When the campaign began the objective was to recuperate pedestrian and bicycle access to the city’s largest shopping malls – Santa Fe, Titan, Atlantis, El Retiro and Andino. These malls have joined-in the campaign expediting the entry and exit of their parking lots.

On a recent Saturday, residents of Zona G also took part in the campaign handing-out flyers to the many the visitors who avoid paying for public parking while spending in the high-end restaurants of the zone.

So if you need to be out and about – any day of week – save yourself a hefty fine by paying for municipal parking, and becoming the latest statistic of “Operación Sábado.”