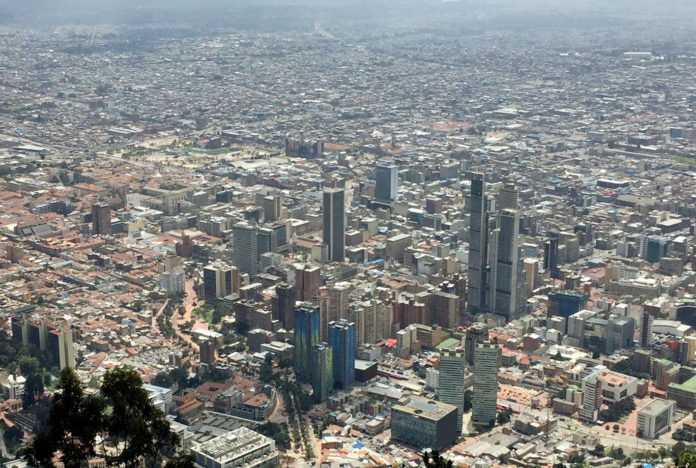 The Perception and Victimization Survey was launched by the Bogotá Chamber of Commerce this week and covers the second-half of 2019 with 9,477 individuals surveyed.  Released every six months, the Survey is the most accurate benchmark on issues relating to crime and security in the Colombian capital, and an important reference for district administrations to gauge disparities – or similarities – between citizens’ perceptions and facts.

Covering the last six months of Mayoralty of Enrique Peñalosa, the survey, builds upon familiar themes and shows, that the perception of insecurity in the city lowered from 63% at the beginning of 2019 to 58%, but still among the highest recorded numbers since 2011. If six out of every 10 inhabitants consider Bogotá “unsafe,” women (63%) perceive greater insecurity than men (53%).

The street continues to be the place where people feel most insecure rising seven percentage points to 35% compared to the same survey last year. Other locations where people feel insecure are bridges (23%), empty lots or fields (11%) and parks (9%). Muggings continue to be most prevalent crime, accounting for 57% reported to authorities, followed by physical abuse (13%) and bicycle theft (11%). The percentage of Bicycle theft has remained unchanged since 2018. Terrorism, forced displacement and human trafficking do not register among Bogotanos as threats, perceived or not.

While the street is where most criminals target victims, TransMilenio continues to be considered unsafe with 16% of crimes taking place within the mass transit system. Cellphones, regardless of location, is the most stolen item (36%), but down four points from 2018. Knives are the weapon most used during a mugging – 43% – and also down from 59%.

Despite the lowering of the perception of insecurity in Bogotá, residents feel that crime is worsening in their neighborhoods with 41% of those polled stating that their barrios are “safe” compared to 48% at the beginning of last year. With a 3% margin of error, the Survey also highlights progress among Bogotanos when it comes to reporting crime to the Police, increasing to 44% from 41%, however, only 29% gave the authorities a favorable grade for service. And when it comes down to living in community, having “noisy neighbors” is what most irks Bogotanos (16%), followed by littering in public spaces (15%), and not picking up after your pet (10%).

The survey was concluded just weeks before the declaration of the National Health Emergency with COVID-19 and that transformed the security situation in the city. With quarantine still in effect until May 25 – or longer – despite the easing of lockdown in the capital, the perception of insecurity has been heightened by social distancing, facemasks, and streets where pedestrian and vehicular movement remains restricted.