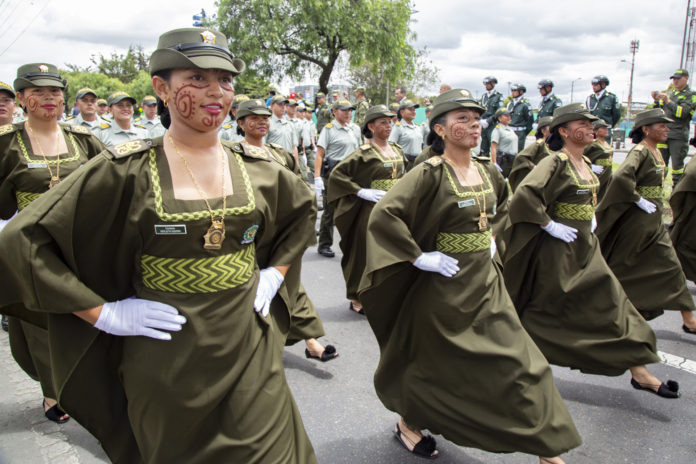 Every 20th of July, thousands of spectators line the Avenida 68 at the height of the Parque Simón Bolívar (between Calles 53 and 63) to watch the Independence Day parade, and as this year marks the bicentenary of Colombia’s Independence, some 10,000 members of the country’s security forces will take to the streets in an impressive commemorative act that starts 9:00 am. If planning to be a part of this show of force that brings out every regiment, battalion, squadron, and command unit of the Navy, Infantry and Air Force, as well as all the National Police divisions, use public transportation as this parade closes major roads to vehicles. Don’t forget to take a camera as there are many poignant moments, especially when the veterans march, many in wheelchairs, injured in the line of duty and victims of landmines. Then, there’s the K-9 unit with different breeds of dogs, all experts at sniffing-out explosives, narcotics and helping with search and rescue. The parade will be broadcast on the country’s private and public TV networks.

For history buffs, the venue on this national holiday is the house where it all began, the Casa del Florero (Cra 7 No.11-28). Also called the Museo de la Independencia, this museum facing the Plaza de Bolívar houses among many items of interest, a shard of the smashed flower vase that belonged to the Spanish merchant José González Llorente and broken on the morning of July 20, 1810, during a heated altercation with a group of patriots led by Luis de Rubio. The ensuing fist-fight over Llorente’s refusal to lend his bone china as table decoration for a meeting of Independence sympathizers stirred an angry mob into a frenzy, and even though it would take nine years for Spain to surrender, the smashed vase was the New Grenadine equivalent of Paul Revere’s “midnight ride.” In July, the Museum’s main exhibition Las Mujeres de la Independencia honors the women who joined the campaign – among them Antonia Santos, Manuela Beltrán, Policarpa Salavarrieta, and Manuela Saénz – and who gave their lives for the cause.

Licence plate restriction in effect for Bogotá this weekend given bad...