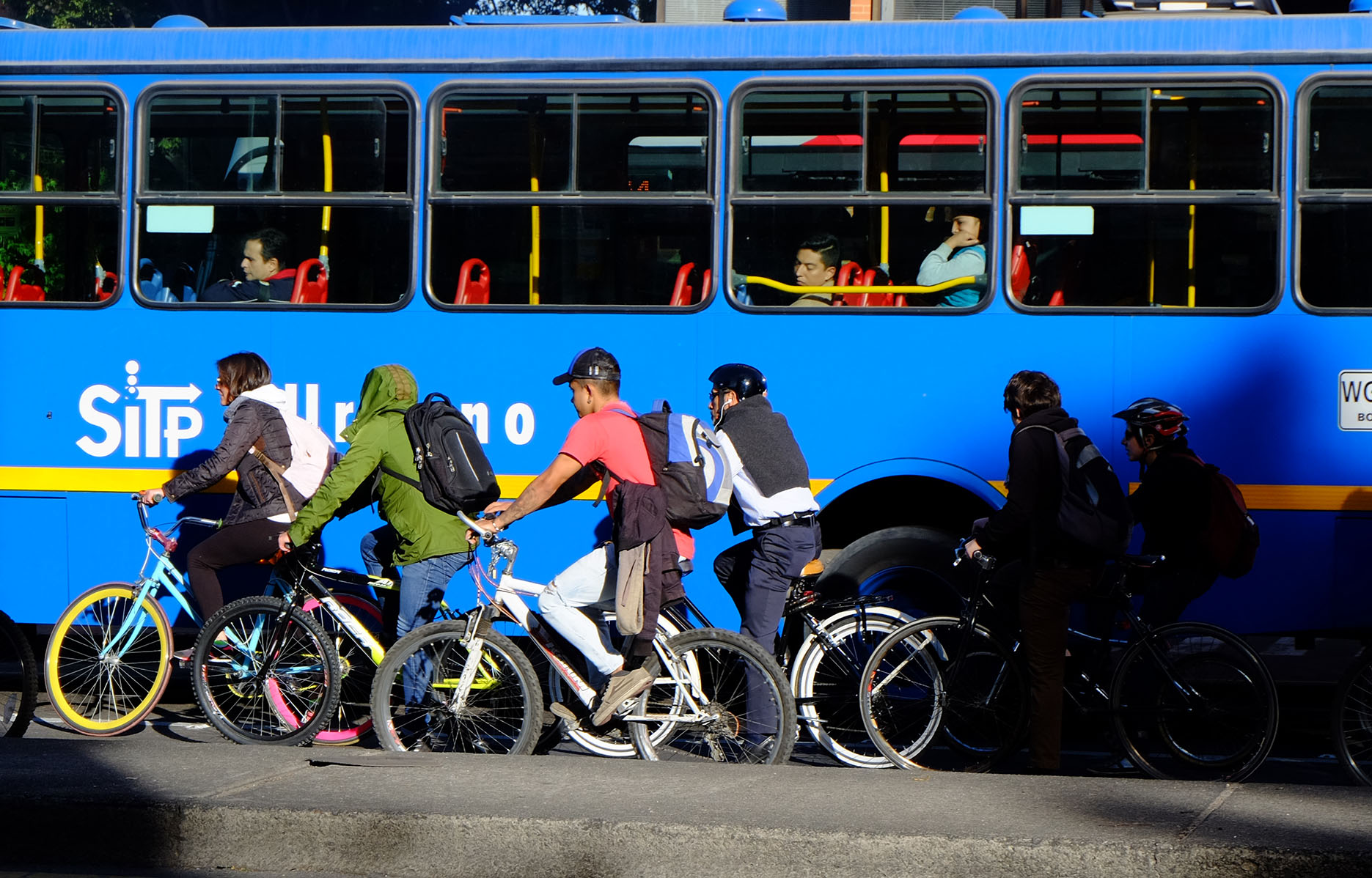 The streets of the Colombian capital were awash in yellow taxis Tuesday as Bogotanos faced their third No Car Day of 2015. Red and blue public buses flowed along a usually congested Carrera Séptima as rush hour began and an estimated 1.7 million cars were prohibited from circulating. Motorcycles have also been banned in this city-wide initiative which took effect at 5am and lasts until 7:30pm.

With many of Bogotá’s streets closed to motorized traffic, good weather has worked in favour of the morning commute for an estimated 4 million. With Bogotanos well-accustomed to this popular event, bicycles were prevalent since the early hours along specially-designed lanes and the cycle paths, Ciclorutas.

Good weather has worked in favour of the morning commute for an estimated 4 million.

For those taking advantage of bikes and blue skies, the Mayoralty has allocated 2,555 additional spaces in the 13 cicloparqueaderos (bike park zones) across the city, including the TransMilenio Portal of the 20 de Julio, Avenida Americas, Suba and El Dorado. At noon a free concert “Movilizate por el Clima” (Mobilize for Climate) will be held along the Carrera Séptima and the Avenida 26 from the Center for Memory, Peace and Reconciliation to the Parque Nacional (National Park).

The Mayoralty has established additional bicycle only lanes besides those which operate for the Sunday Ciclovía.

For those without two wheels, the Integrated System of Public Transportation (SITP) has sent out its entire fleet of 1500 articulated buses as well as additional designated feeder buses to meet the demand for passengers during the afternoon and early evening commute. Many companies have offered staff flexible hours and the possibility to work from home.

Many of the TransMilenio buses appeared to have the regular passenger load, and with vehicles parked, are moving commuters faster than usual. For Blanca Ligia Noguera, Tuesday’s No Car Day saved her 20 minutes on the daily ride from Fontibón to her office on the Calle 100. “It’s been much easier than on other occasions.”