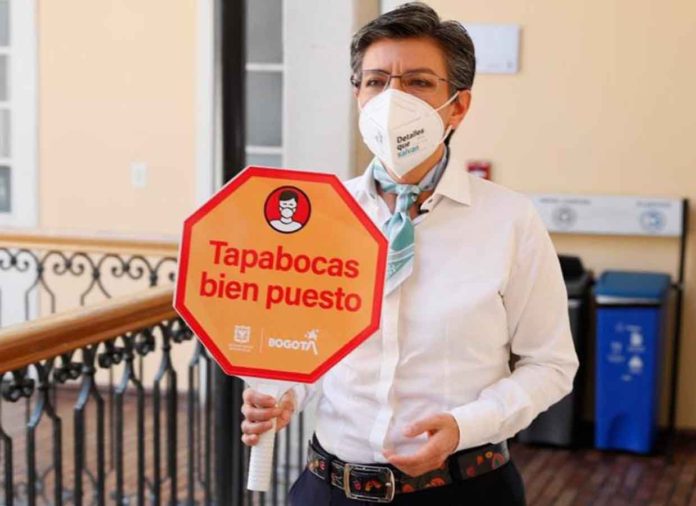 “We have to start with something: great enthusiasm, great faith and much hope,” remarked Bogotá Mayor Claudia López with the announcement that Bogotá will begin inoculating against COVID-19 as of February 20, but with very limited quantities of the Pfizer vaccine.

On schedule with a date set by the national government, the Colombian capital will receive some 21,000 doses to be given to health workers, but falling short to cover 29,000 essential members of the city’s medical community. “The national government has said that between February and March it expects to receive more than a million vaccines,” reaffirmed López after a week of pressuring the government of President Iván Duque to deliver a specific date and number of doses allocated for Bogotá. “No one was waiting for 35 million vaccines to arrive at one time,” stated López, insisting that the government’s National Vaccination Plan be “gradual and progressive.”

The National Vaccination Plan covers 35.2 million Colombians – equivalent to 70% of the population. Vaccines have been secured through the WHO’s COVAX program and manufacturers Pfizer/BioNtech, Oxford/AstraZeneca, Moderna, Janssen (Johnson & Johnson), and Sinovac.

Mayor López also announced that on Saturday she will inaugurate a Vaccination Coordination Center to help clarify to citizens how the process will be carried out – from making appointments with Health Promotion Entities (EPS), to the time and location of inoculations.

The Mayoralty also confirmed it has two freezers with a capacity to store up to 96,000 doses, and expects a delivery of 10 more as promised by the national government of President Iván Duque. López reminded citizens that despite the start of vaccinations, self-preservation measures are essential to avoid a surge in new cases. “We are not condemned to a third wave of Covid,” said López, during the same virtual press conference that launched the district’s public awareness campaign: “Details that Save.”

What to do in Bogotá before Christmas? Here some picks