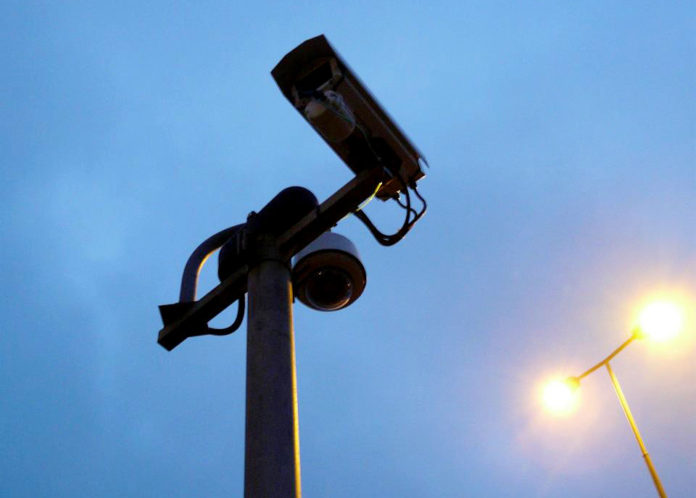 Bogotá is rapidly becoming a closed-circuit city with 1,551 cameras currently connected to an operations centre of Metropolitan Police and first response unit of the capital’s Cosec.

By the end of his term in 2019 as mayor of Bogotá, Enrique Peñalosa wants CCTV coverage in this city of nine million inhabitants to total 4,000 cameras, facilitating even greater coverage of parks, bridges, and neighborhoods prone to crime. Currently, some 200 cameras are operational near 100 district schools.

London is the most watched-upon city in the world with more than 51,000 cameras. According to the British Security Industry Authority (BSIA), there is one camera for every 14 people. Beijing is a close second with 46,000 street cameras monitored by 43,000 police. In the United States and Canada, “Big Brother” has yet to reach the numbers of the United Kingdom or China. In the five boroughs of New York City, for example, the NYPD has just 2,000 street-level security cameras to monitor the movements of 800,000 vehicles that cross bridges and tunnels every day. But after the 9/11 attacks, anti-terrorism units are able to tap into an additional 4,000 private cameras in the NYC subway, as well as 3,000 private housing cameras. Chicago currently ranks as the North American city with most cameras installed – some 10,000 near schools, public places and emergency centers.

Bogotá is still a far cry from London where a person is captured 300 times a day on cameras placed virtually on every street corner. But if Peñalosa has his way, Bogotá will see greater camera coverage by 2019 and a necessary move given the surge in petty crime, especially within the capital’s mass transit system – TransMilenio.

In a statement released January by Bogotá’s Metropolitan Police, the TM stations where citizens should be most vigilant to avoid being mugged are Portal del Norte, Banderas, Calle 63, Calle 100, Marly, Avenida Jiménez and Restrepo. In 2017, police officials arrested 1,909 personas on charges of theft within the city’s transportation system.

But criminals aren’t just after your cellphone. The Institute of Urban Development (IDU) has denounced systematic vandalism of five TransMilenio’s pedestrian bridges during the last three weeks. According to IDU, 83 metal floor sheets that line bridges along the NQS corridor have disappeared since late December – each costing between $2 and $5 million pesos.

While security experts agree that Bogotá is taking the necessary measures to expand its closed-circuit surveillance and that more cameras on the street are a deterrent to criminals, this investment must be accompanied by pro-active policing. One intelligence official, who spoke with The City Paper, and asked to remain anonymous, remarked: “What good are several thousand new cameras when repeat offenders are released the very same day they commit a crime?”