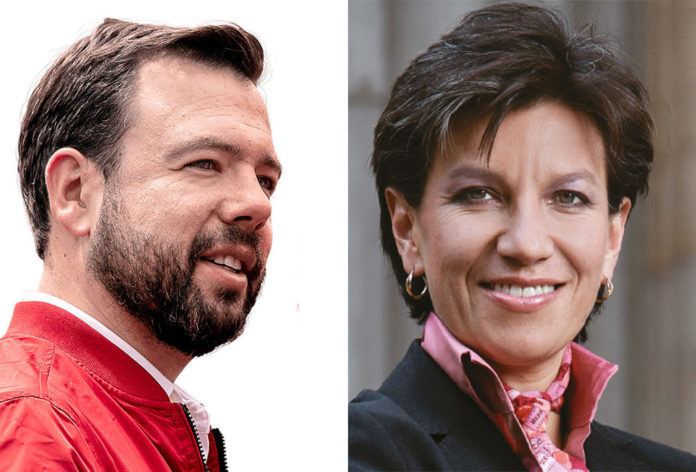 A poll released October 16 by the Centro Nacional de Consultoría (CNC)  shows candidates Carlos Fernando Galán (Bogotá para la Gente) and Claudia López (Alianza Verde) in a dead heat with less than two weeks remaining in the Bogotá mayoral race. According to the poll conducted for the CM& television network, independent Carlos Fernando Galán has the support of 32% of voters, and Claudia López 31%. Miguel Uribe Turbay of #Avancemos comes third with 13% of voting intention, followed by Hollman Morris (Colombia Humana) with 9%. Blank votes account for 6% of the 870 surveyed.

The CNC poll narrows the percentage gap between the leading contenders compared with the Invamer results on October 11 in which respondents favor Carlos Fernando Galán by three percentage points over Claudia López, or 34.3% to 31.2% respectively. Both Uribe and Morris report higher numbers among voters in the Invamer poll (18.3% and 10,8%) than with those polled by CNC.