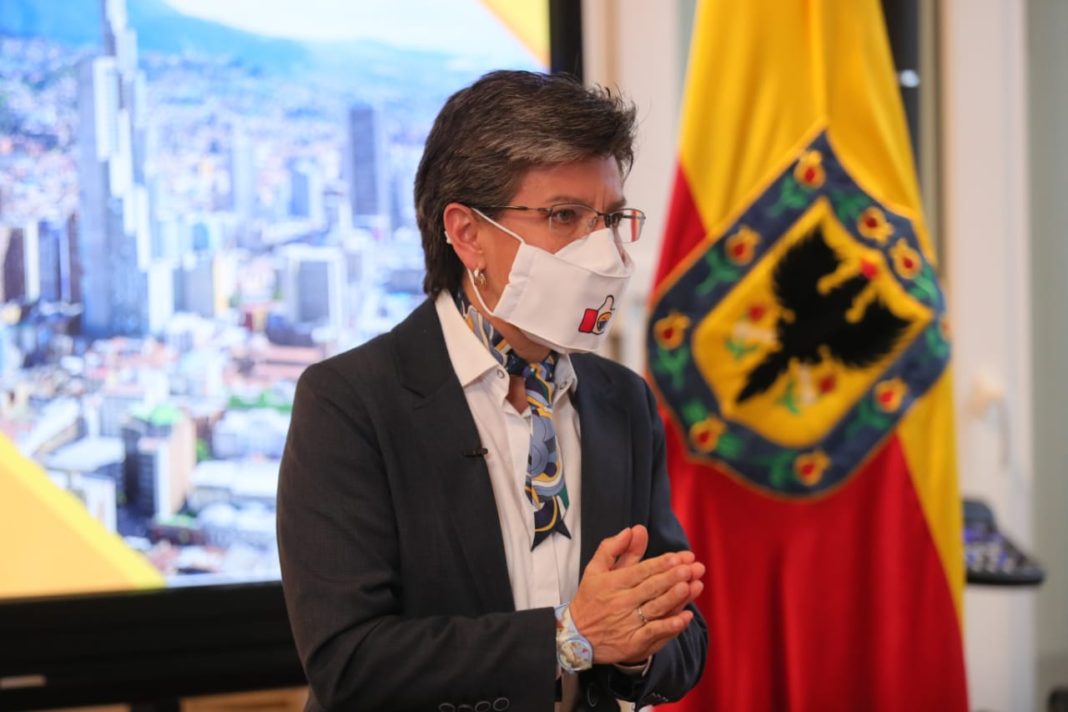 Colombian Minister of Health Fernando Ruíz explained the reasons as to why the national government ruled-out a strict lockdown for Bogotá after hosting a virtual conference on Tuesday with Bogotá Mayor Claudia López.

López had requested last week that the government of President Iván Duque impose a two-week quarantine that would replace the district’s current one based on rotating localities. “Any additional measure similar to a total quarantine would not have positive effects, taking into account that the mortality rate has remained stable between 40 and 50 deaths per day in Bogotá” remarked Ruiz. “In addition, the capital shows stability in the figures regarding confirmed cases, deaths and ICU occupancy,” he said.

According to the nation’s top health authority, Bogotá registers an Rt of 1.13 and despite 67,843 total cases registered since March 6 when the first patient with coronavirus was attended to in a local hospital, the situation in the capital appears stable, with new daily cases averaging between 1,800 and 2,100. On Tuesday, the country registered 7,033 additional cases after processing a record number of PCR tests (27,131), raising the new total nationwide to 211, 038. Minister Ruíz also emphasized the numbers of recovered patients (98,840), of which some 25,000 reside in Bogotá.

Hours after Minister Ruiz released the government’s decision, Mayor López hosted a press conference in which she blamed the spike in daily cases of coronavirus in the capital on President Duque’s fast opening of the economy and encouraging a tax-free day – Día sin IVA – on June 19, which according to Ruíz, however, had no impact on increasing numbers of infection. López did recognize that anti-government protests and marches also contributed to a rise in infections.

Announcing a series of adjustments to the dates in which localities begin and end strict lockdowns, Mayor López insisted that the first peak of the pandemic will last six weeks with numbers steadily increasing until mid-August. López also emphasized that the hospital system has not – and will not – collapse, even as ICU occupancy stands at 90%. “Our objective is to gain maximum immunity among the population slowly, while also lowering mortality rates,” she said.

The Mayor also expressed condolences to families who have lost loved ones during the pandemic. “Every life lost in the city hurts and we are doing everything humanly possible to save lives,” she said. The changes to the rotating quarantines in localities include the addition of Antonio Nariño to Group 2 joining Bosa, Kennedy, Puente Aranda and Fontibón. This group will start their quarantine July 23 until August 6.

Group 3 starts July 31 and ends August 14. The localities in this group are Suba, Engativá and Barrios Unidos.

All localities have total restrictions on mobility and commercial activity. Residents are allowed to go to supermarkets and pharmacies for basic necessities.

An alcohol sales ban is in effect for quarantined localities from Friday to Sunday.