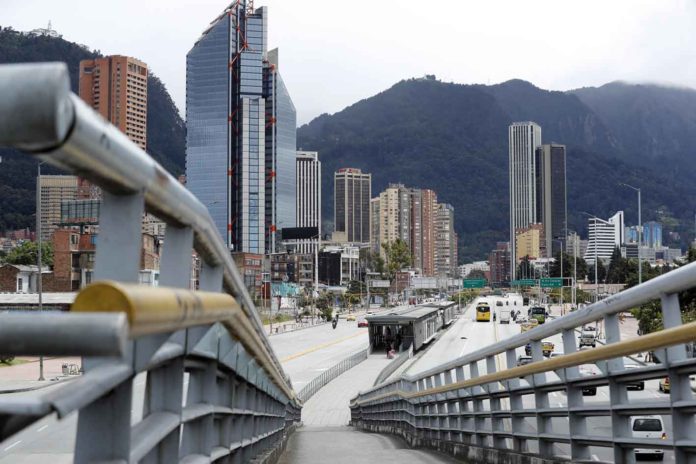 The alert level for Bogotá was lowered for a second time during the 11 months of the pandemic from Red to Orange after a significant drop in ICU occupancy. The announcement by Mayor Claudia López that the Colombian capital has passed the second wave of infections comes with the lifting of strict quarantine for the last nine neighborhoods and reopening of public parks and return of the Sunday Ciclovía. Reminding Bogotanos not to let their guard down when it comes to hand washing, use of obligatory face masks, and social distancing rules, with total ICU occupancy in the city’s hospital network at 80%, or 1,965 units used from a total of 2,448, the identity card restriction – Pico y cédula – remains in effect until further notice, yet exempts restaurants and museums. The new measures also limit all commercial establishments to operating between 10 am to 11 pm. The construction sector can work from 10 am to 7 pm.

After a month in which Bogotá’s nine million residents had night curfews and many localities placed under two-week lockdowns, Mayor López authorized a “gradual and safe return” to presential education, with private schools and child-care centers reopening on February 8, and district schools on February 15. Universities can also reopen with a maximum agglomeration on campuses of 35%. “To reactivate and care for Bogotá is to reactivate and care for Colombia,” stated López, highlighting that the city contributes 30% of the nation’s GDP and therefore should receive at least 30% of all coronavirus vaccine allotments.

López also took the opportunity of her virtual press conference to confirm that the Brazilian variant of Covid-19 is circulating in the capital, after stating during a previous press conference that the UK variant had been imported and claim denied by the National Institute of Health. On Tuesday, Colombia registered an additional 10,091 cases of infection putting the national total at 2,114.597, Bogotá reported 3,051 new cases.

The city’s highest authority also highlighted that Bogotá will not have “any return to normality in 2021” as immunity against the virus will only happen next year when more than 70% of all residents have been inoculated. While too many family get-togethers in December is to blame, according to López, for the surge of the second wave in infections, the Mayor also blamed the government of President Iván Duque for not giving the district administration the precise number of vaccines and date for the start of mass vaccinations. “The vaccines arrived too late to avoid the second wave,” asserted López, despite the reality that many nations are experiencing delays with their vaccine shipments.

President Duque announced last week that the nationwide vaccination campaign starts February 20 with an initial batch of one million doses for the month and almost four million in March.