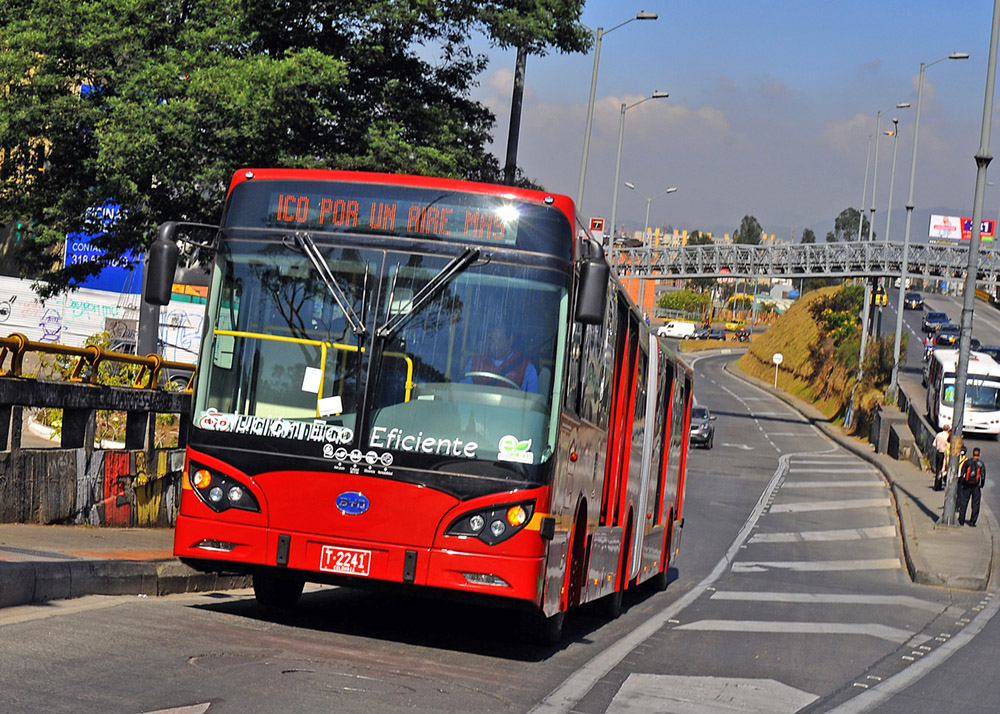 Bogotá has embarked on an ecologically friendly transportation initiative by introducing the first all electric TransMilenio bus. Running 100% on a renewable energy source, the high floor articulated bus is the first of its kind in the world, and with its cost-efficient technology, will save 1,400 gallons of diesel every month.

The long-term objective by TransMilenio is to expand the fleet of zero fuel buses over the next several years, helping to eliminate both carbon emissions and a dependancy on diesel. The bus that has begun to circulate in Bogotá, will curb 135 tons of CO2 emissions every year, or the equivalent of 6,200 trees.

On its first experimental trip back in March 2016, the emblematic red bus covered 409 kilometers on a single charge – the equivalent of a trip from Bogotá to Medellín. The recharging time of the vehicle is three hours.

While electric transport is proving to be an essential part of a smart city, concerned about air quality for its inhabitants, Bogotá’s pilot project is being matched by similar transportation alternatives around the world.

China is the global leader in the electric bus market, and the Shenzhen-based BYD got the contract for the Bogotá, TransMilenio project. China’s electric bus market is expected to grow significantly over the next decade due to the increasing urbanization and the development of several newly built advanced public transit systems.

Besides China, the Indian government has also shown its interest in using electric buses. India’s leading bus player, Ashok Leyland, is expected to commercialize their circuit electric bus by 2017. Tata Motors, another Indian company, completed its first commercial pilot of electric bus in April 2017, and in Europe, the United Kingdom, Netherlands, France and Germany are the growing markets for electric buses.

When BYD established itself Colombia in 2012 it began developing the electric taxi with its e6 model. The capital then became the platform for other cities across the region to begin adopting this technology in order to begin the arduous process of cleaning up their diesel-polluted skies. The eBus Andino, 18-meters in length, powered by battery, marks a first for a city that is embracing the future of public transport.

Bogotá dazzles for Navidad with free concerts and acrobatic spectacle