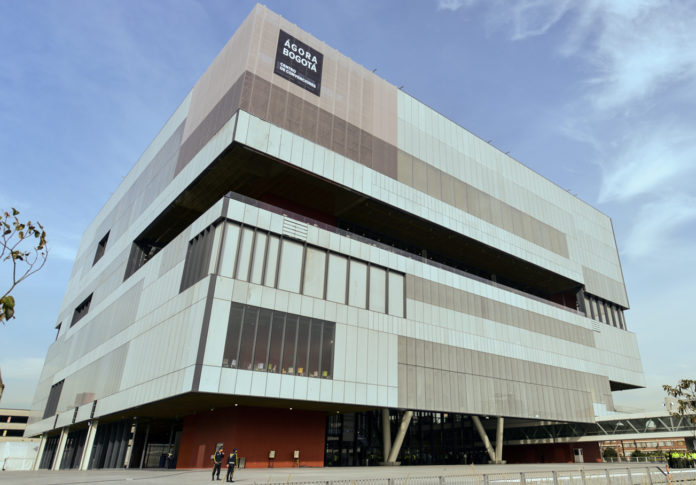 Bogotá has a world-class convention center after four years of planning and construction.

Completed late last year, Ágora Centro Internacional de Convenciones is a five-storey glass structure covering 64,883 square meters of floor space, and the most ambitious undertaking by the Bogotá Chamber of Commerce (CCB) to give Colombia’s capital a modern venue to host large conventions.  Ágora has already booked some 200 events for 2018.

President Juan Manuel Santos and the CCB’s president Mónica de Grieff will cut the ribbon Thursday during the inaugural ceremony of a building that gave employment to 15,000 workers, and has a capacity to host 4,000 visitors at any given time.

With Ágora, Bogotá is now on par with other Latin American capitals that already have infrastructure in place to host major summits. This undertaking by the CCB and partners Corferias and the National Tourism Fund (Fontur) is projected to boost the capital’s GDP growth by 1%, as well as serve as an important window to promote Colombia’s business, commerce and tourism potential.

“The opening of Ágora is great news for Colombia’s tourism sector. Meetings and conventions represent 27% of the total income of the industry, and contributes to the diversification of the portfolio,” said María Lorena Gutiérrez, Minister of Commerce, Industry and Tourism (MinCIT).

The convention center counts with a main hall of 3,100 sq meters and 10 rooms that can be divided into 18 spaces for meetings of 100 to 2,000 people. Other facilities include 1,055 parking spaces, 19 elevators, 12 escalators, four kitchens, three independent registration areas, four VIP areas, three terraces, and four lobbies distributed throughout the complex.

“This is a gift from entrepreneurs to Bogotá, but above all, Ágora allows us to advance in the city’s marketing strategy with which we seek to position ourselves as an international epicenter for events,” said De Greiff on the eve of the inauguration.

The new International Convention Center is located on the Avenida Calle 24 with Carrera 38 and was designed by Bermúdez y Arquitectos.