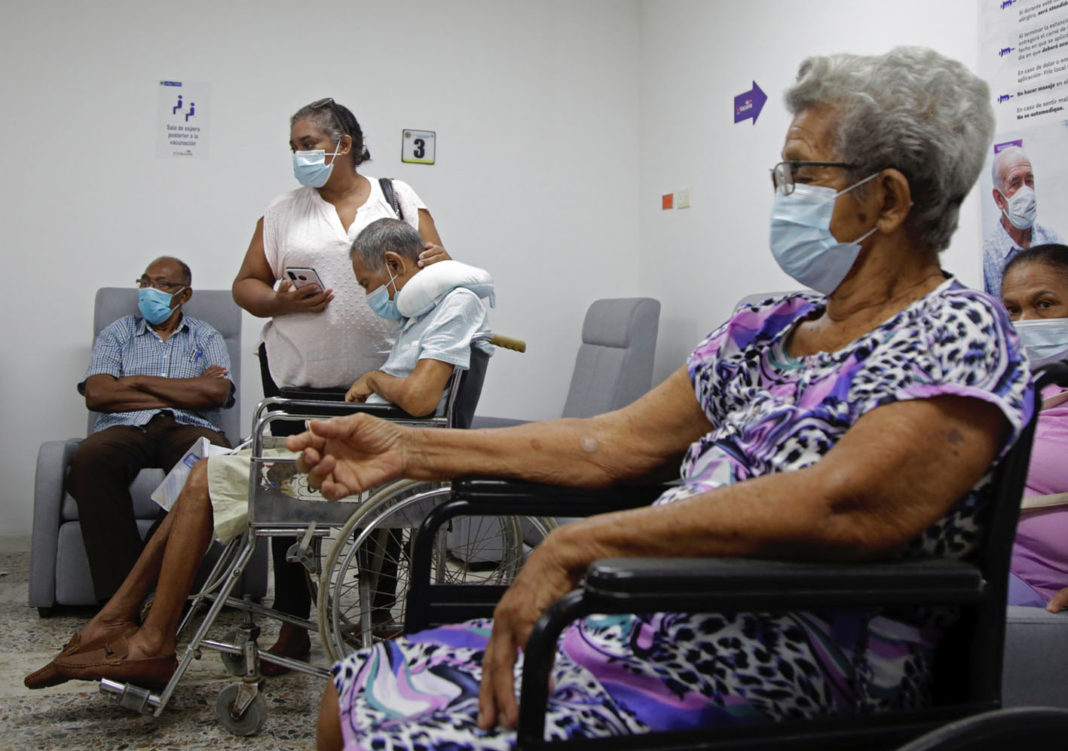 The Colombian Minister of Health Fernando Ruíz confirmed Monday that coronavirus is decelerating faster than expected in Colombia after the country registered its lowest per-day increase in new cases – 2,205 – since June 2020.

The slowing down in contagion, especially in Bogotá, has also freed-up ICU occupation in city hospitals which on Tuesday was 54% or four-points above the Yellow Alert limit. Mayor Claudia López has also insisted that all residents of the capital, age 80 or older, get the first dose of the coronavirus vaccine before the start of Easter. More than 12,000 seniors living in nursing homes have already been inoculated. The district has announced that it will set up 400 vaccination stations on Wednesday in city parking lots and six sports coliseums.

Having lifted coronavirus restrictions to help the economic recovery of the capital, except for mandatory wearing of face masks, on Monday, the streets of the capital saw mass mobilizations to mark International Women’s Day. While the marches were mostly conducted peacefully, several protestors clashed with riot police and scenes of vandals smashing the glass windows of TransMilenio stations and spray painting doors in the historic center came on the same day the capital also recorded its lowest single-day increase in infections – 504 – since June, 2020.

The Mayor, however, did not dissuade the protests despite the continued risk of contagion and repeated warnings that the capital could face a third wave. Mayor López’s condemnation of the vandalism committed by “30 absolutely violent women,” recalls her sharp rebuke of the national government’s first No Tax Day (Día sin Iva), held on June 19, 2020, which she claimed led to a spike in new cases and hospitalizations. The event dubbed “Covid Friday” saw large crowds hoarding discounted electronics inside department stores.

The Ministry of Health denied López’s statement, as did the entity in January, when the center-left politician announced at a press conference that the U.K variant could be circulating in the capital. The debate over which events cause coronavirus cases to increase appears now to be relegated to the post-pandemic playbook of community managers, allowing Mayor López and President Duque to focus on the mass vaccination agenda. On Tuesday, Colombia registered 3,511 additional cases of the virus, with Bogotá accounting for 571, and first complete week below 1,000 cases.

The total number of active cases also lowered to stand at 30,731.

Christmas in Bogotá: A ‘Travesía’ of Light and Sound