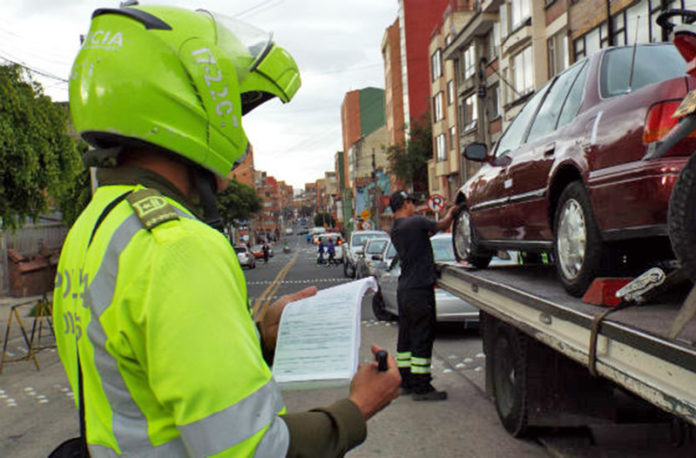 In most big cities, having your car towed by transit police is a relatively inoffensive act, and, at worst, a very late night at the pound to secure the release of your vehicle. With a credit card you can be on your wheels again in a question of hours. But this is not the case in Bogotá. In fact, there are plenty of words to describe the towing ordeal: “harrowing”, “corrupt”, “abusive” to name a few. So, before you try to skimp of parking, be prepared to head to the battle of Alamos, the name given to the district’s pound.

In a move to free-up vehicle space in Alamos, and try to return some sense of human decency to the whole process that can last days, as well as valuable lost time from work, the mayoralty is proceeding with a new concession for the management of the yards that will reduce fees for vehicle owners in the first three days, but punish those who take longer.

Currently, yard rates don’t encourage the quick removal of cars, as after several days the costs actually decrease. Hence, thousands of rusting cars piling up at the end of the El Dorado runway, abandoned to the vicissitudes of weather and vandals.

If you own a motorcycle and see it vanish on the slide of a tow truck, as of April 2018, when these new rates take effect, the fine reduces 72% from the current $41,900 pesos to $11,700 pesos for the first day. On the second day, the fee more than doubles to $23,336 pesos, but still an important saving from $72,200 today. The same will happen to cars, which today, for the first day in the yard pays $64,500 pesos, but with the new rate $46,700 pesos. According to the city’s Mobility Secretariat Juan Pablo Bocarejo, the new tariff scheme is proportionally based on the size of vehicles. A motorcycle will pay in the first two days 25% of the daily rate of a light vehicle, since it occupies only a quarter of the space. For Bocarejo, the objective is to get as many motorcycles and cars moving in again to prevent the gridlock of some 36,000 cars and motorcycles in Alamos. Starting December, 17,000 vehicles will be auctioned-off after owners never appeared in years.

Part of the modernization scheme also involves parking cars in “adequate spaces”, unlike now, where cars are literally hauled into cramped, muddy lots, often causing damage to suspension and scratches to paint. By incorporating 120 new tow trucks, the mayoralty believes the risk of damage will be greatly reduced. The yards will also begin to operate 24-7, and one will be able to pay the release with a credit card. A new option also allows infractions to pay online, expediting time spent in banks, and worst of all, queuing in the rain outside Alamos, while trying to fend-off pickpockets and hordes of empanada vendors. But, until these measures take effect, don’t let down your guard with your wheels by parking curbside. And avoid playing General Custer with the Transit Police, for if they suspect you’ve had just one drink and are driving, expect a nightmarish journey to Alamos, or possibly jail.