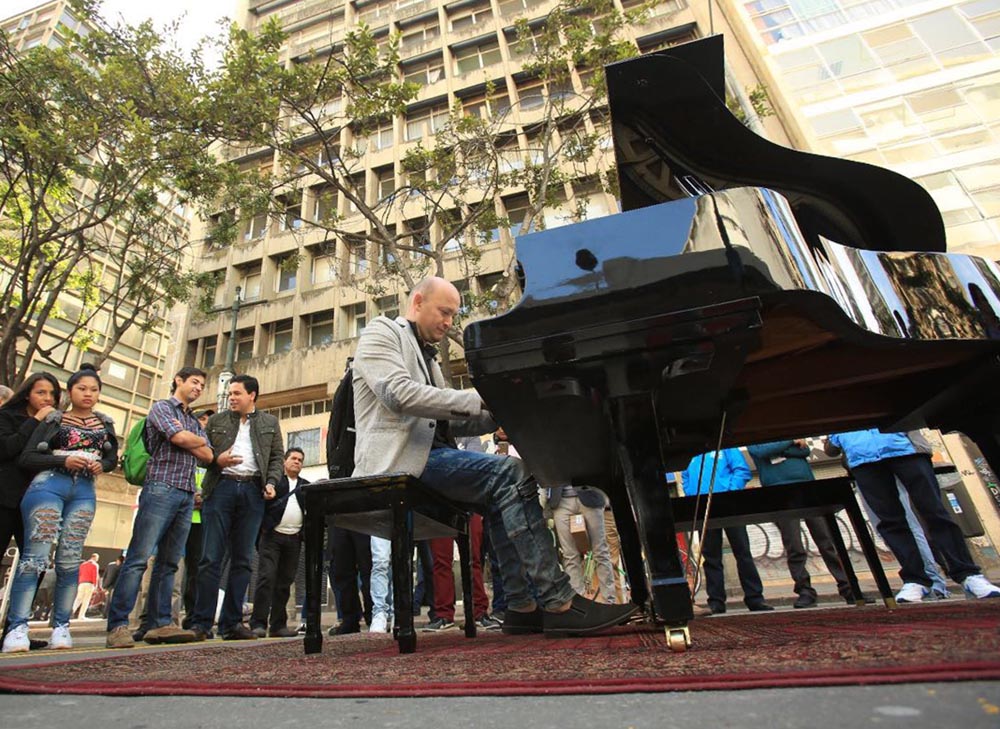 This month brings music to the streets of Bogotá with the installation of a piano available to anyone, at any time. It belongs to the ­­ Gilberto Alzate Avendaño foundation which supports the practice of cultural activities in the city’s historic centre. Their aim here is to transform central Bogotá and provide citizens with more rhythm in their daily lives. It has been well received by the public, with many people taking part in playing pieces that range from traditional Colombian salsa, to classical, pop and even freestyle music that one cannot resist dancing along to. It is an innovative way to modify the ever-present sound of Bogotá traffic within the district and makes walking the Royal Street – “Calle Real” – a much more enjoyable experience.

The piano is located between Calles 17 and 19, one of the busiest places in the city and consequently many of Bogotá’s residents have been surprised and excited to come across it on their daily commute to work or university. Music is known to induce a positive reaction in the human brain, and therefore has the possibility to brighten anyone’s day as they venture through this part of town.

It is just one of the many changes that have been taking place lately in the capital city’s most famous avenue. Cycle lanes have been painted blue to alert the public if they are walking in the wrong place, a photo gallery has opened near La Jiménez and there are now interactive games such as giant chess and ping pong to allow people to enjoy La Séptima in a way they could not before.

All of this is part of a new initiative by the mayoralty of Enrique Peñalosa for a better and more united Bogotá. People are literally stopping in their tracks to spend time observing the piano. It has such an effect that they are taking time out of their busy schedules to listen to what is being played and connect with others. Music is something so universal with the opportunity to bring people together that there is no doubt this grand debut will have a positive effect on the city.

Bogotá’s City U: A walking tour through urban renewal