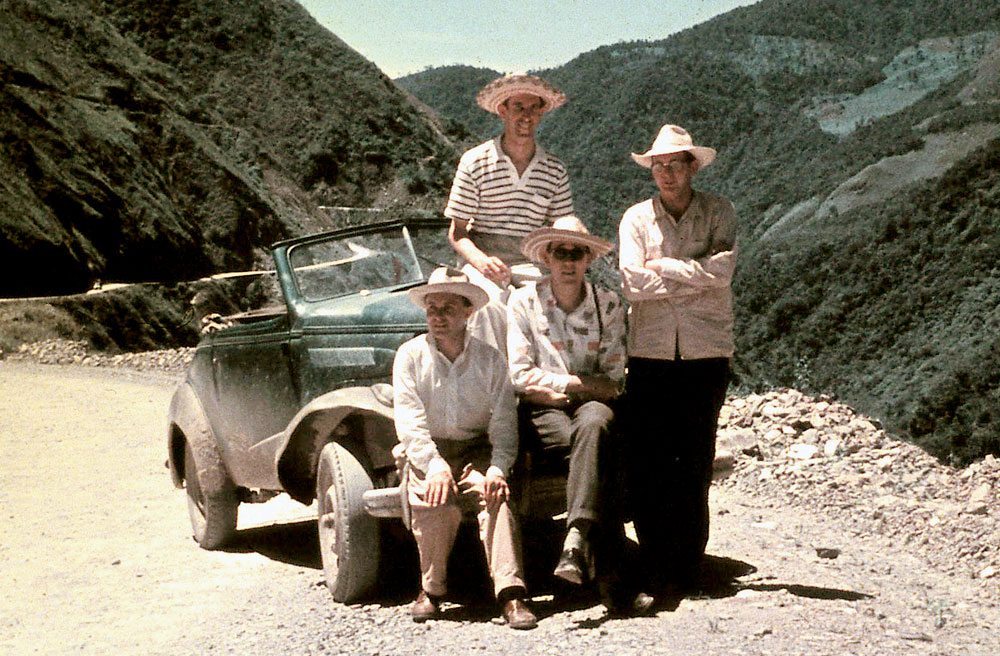 In 1957 touring Colombia required nerves of steel, good brakes and friends willing to work as mechanics. Long before the Bogotá to Villavicencio road became paved and converted into a modern highway where bridges span gorges and tunnels break through mountains, foreigners ventured leisurely out of the capital, exploring a vast country that offered weekend excitement and plenty of adrenaline. The eastern plains of Meta, with its departmental capital, Villavicencio, has always been a popular destination and although the distance between the two cities is 100 kilometers and can be covered now in two hours, half a century ago the excursion took an entire day, especially if you were riding the “Green Mule” with Englishmen Ian Emblin, Richard Fuller, Alan Caldwell and Michael Brennan.