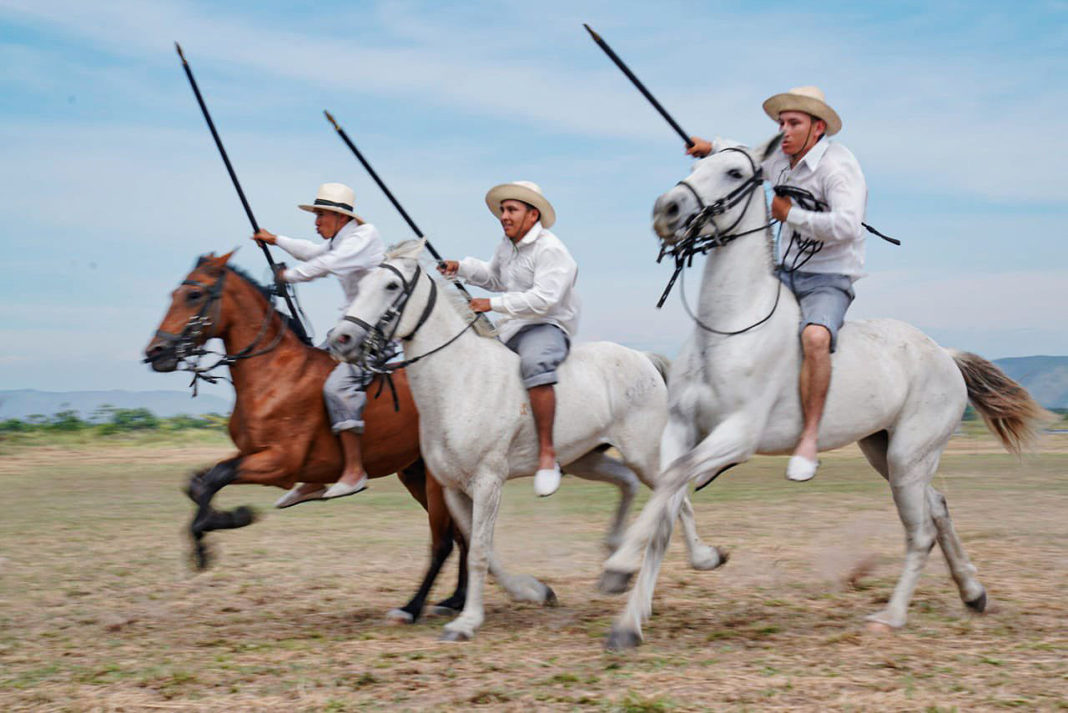 The Battle of Boyacá forged Colombia’s Independence on August 7, 1819, when Republican forces under command of Simon Bolívar defeated the Spanish Army. The battle that waged from dawn to dusk near a small bridge in what is today the central department of Boyacá is also known as Army Day, as the victory formalized the establishment of a new nation’s Armed Forces.

This year’s anniversary event was commemorated at the country’s largest military base Tolemaida, 80 km southwest of the capital Bogotá, and final Día del Ejercito of President Iván Duque’s administration. August 7 is also the date when Colombia’s newly elected presidents take the oath of office.

Among the many highlights of the ceremony is the Charge of the Lancers, in which members of the regiment Los Lanceros recreate the famous moment when 14 barefoot horsemen from the Eastern plains broke through the Spanish ranks at the battle of Vargas Swamp (July 25, 1989) allowing creole fighters and British Legion – under command of Coronel James Rooke – to advance towards final victory. Rooke, a Dubliner who had fought against Napoleon at the battle of Waterloo, was among Bolívar’s most trusted military companions. The legendary fighter (1770 – 1819) died from wounds sustained during the bloody onslaught at Pantano de Vargas.