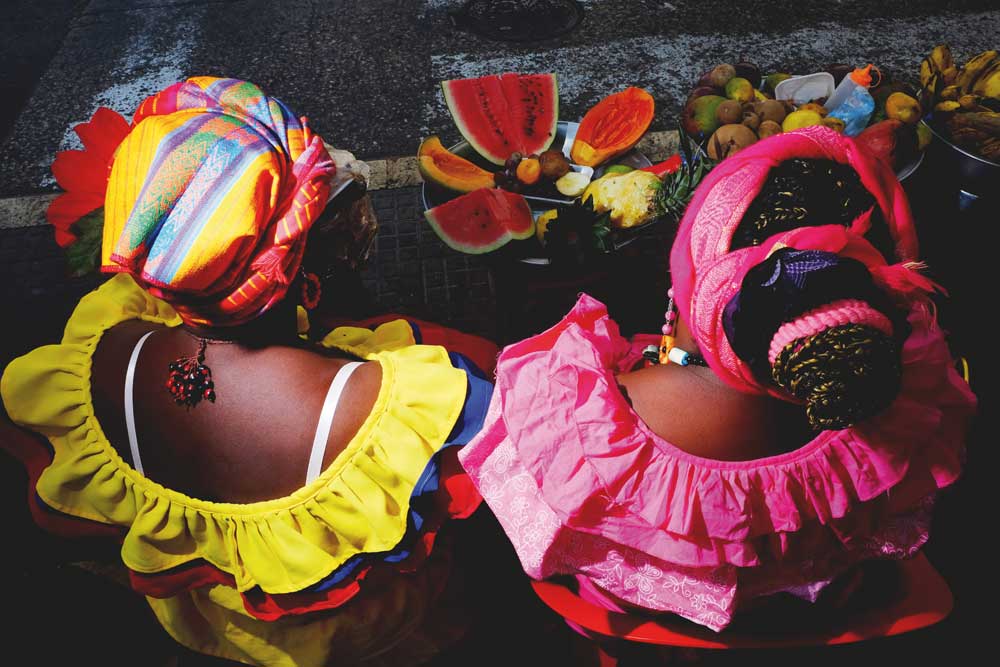 At first glance, this striking picture captured by photographer Santiago Escobar-Jaramillo while on assignment with the DANE’s Census programme, and of two women sitting curbside with braided hair and bright fabrics, one could be right in thinking that one was observing a street market in Ghana or Senegal.

But in fact, this unobtrusive image was taken along Colombia’s Caribbean coast, in the Bolívar department, home to colonial Cartagena. What makes a great photograph is when the photographer’s presence is not felt, letting only the subject become important within the framed image. This so-called “invisible eye” lets the viewer in on moments of intimacy, capturing – as in this instance – a conservation between two Palenqueras. The culture of Palenque is respected in Colombia for remaining true to West African roots. Nestled in the banana groves and foothills of the Bolívar department, this tight-knit community once served as a refuge for escaped African slaves. Founded in the mid 1600s, Palenque was the first free town on the continent and has remained intact by holding on to a unique language: palen- quero. So, as these women watch over their bowls of fruit, the image breaks the mold of posed travel snaps, too often used when promoting the ethnic diversity of this often, secretive and misunderstood, nation. 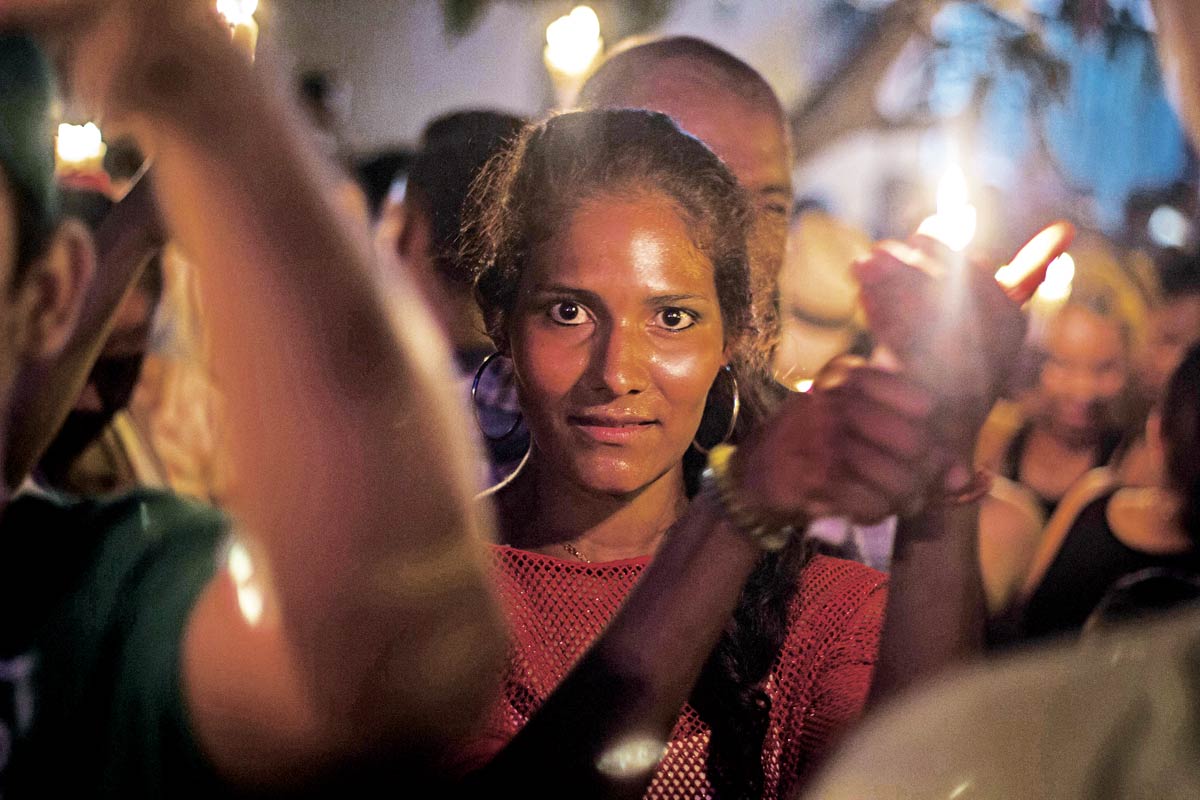