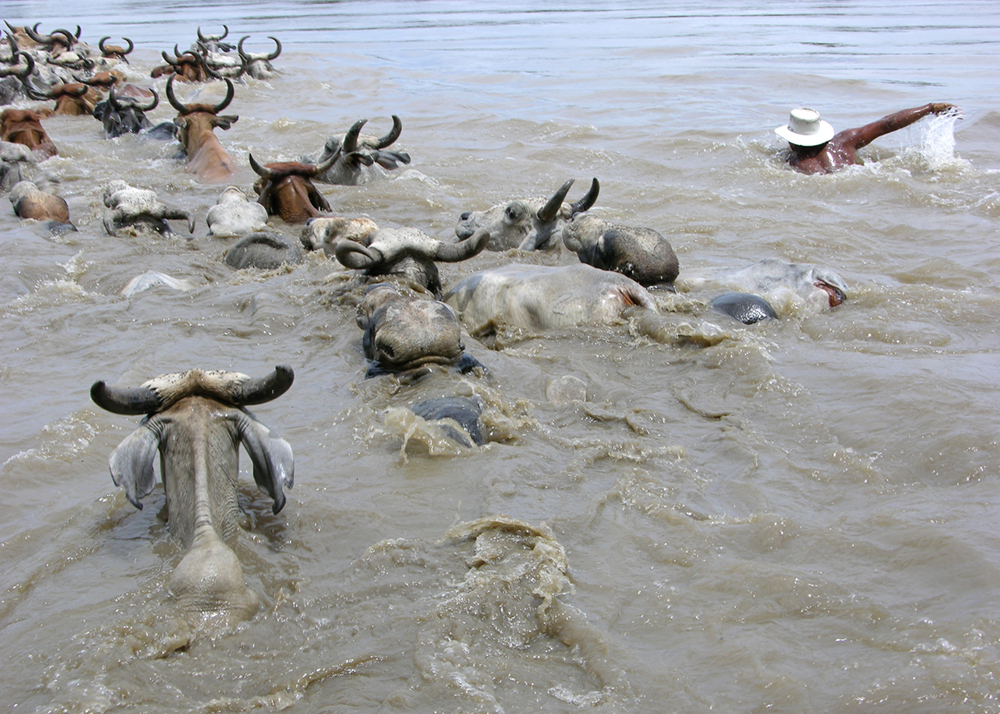 Photographer Carlos Pineda has dedicated much of the last two years to documenting the horsemen of Colombia’s Eastern plains. The result is a stunning body of work recently launched in a coffee table book format titled ‘Faena de Llano’.

In 230 pages, the Manizales-based photographer captures the daily life of these solitary cowboys as they traverse the Eastern plains that cover four departments in Colombia: Meta, Casanare, Vichada and Arauca.

Like the gauchos of Argentina’s vast Pampa who fought alongside General San Martín, the Llaneros in the 19th century joined the rank and file of Simón Bolívar’s Independence campaign, helping the Liberator cross the flatlands of the Orinoco to reach the foothills of the Andes. Today, LLaneros maintain their adventurous spirit, herding cattle great distances to grazing areas and where, during the hot summer months, rivers become become liquid highways for thirsty cattle.

Pineda’s “Faena de Llano” is a visual testimony to the men with an enduring survival instinct, captured in color and black and white photography. From sunrise to dusk, the photographer accompanied the horsemen as they carved trails through grasslands and tropical rainforest characteristic of this frontier region where beside extreme temperatures, rivers are home to electric eels, caimans and piranhas.