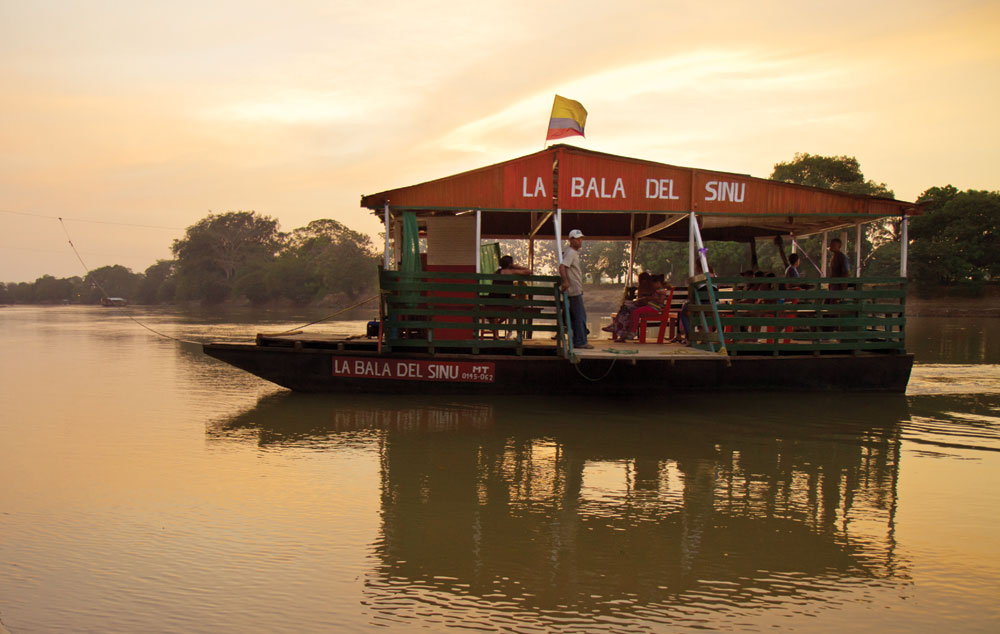 Even though it is called the Bala del Sinú, (The Bullet of the Sinú), this river boat doesn’t seem to be going anywhere fast. In fact, under the canopy of sunset and blazing the Colombian flag, this passenger ferry near Montería, in the department of Cordoba, seems frozen in time, like the primitive oil paintings of Noe León and his Magdalena paddle boats or a passage from novelists Cepeda Samudio and Gabriel García Márquez.

The department of Cordoba is known for its extensive cattle ranches, grasslands and the Sinú river, which flows from the highlands of Antioquia to the bay of Cispata on Colombia’s Caribbean. Rich in alluvial gold and the source of many legends, the Sinú remains an important waterway for the inhabitants of this rich agricultural region. Exploited during the 19th century by the United Fruit Company and the French commercial conglomerate – Compañia Francesa del Alto Sinú – the river is an essential part of costeño identity. From the banks of the Sinú poets Manuel Zapata Olivella and Candelario Obeso wrote of their culture and the collective experience that is the cumbia and porro. And like this photograph, the ‘Bala,’ decked with hammocks and fising nets, rides the rhythm of the river. 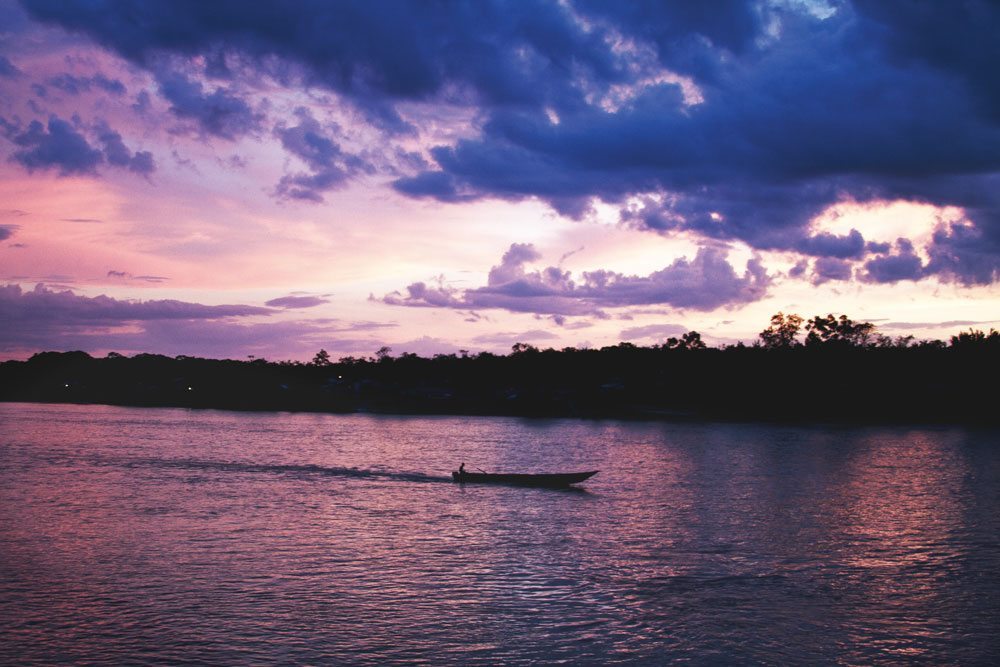 Into the Darien night along the Atrato River