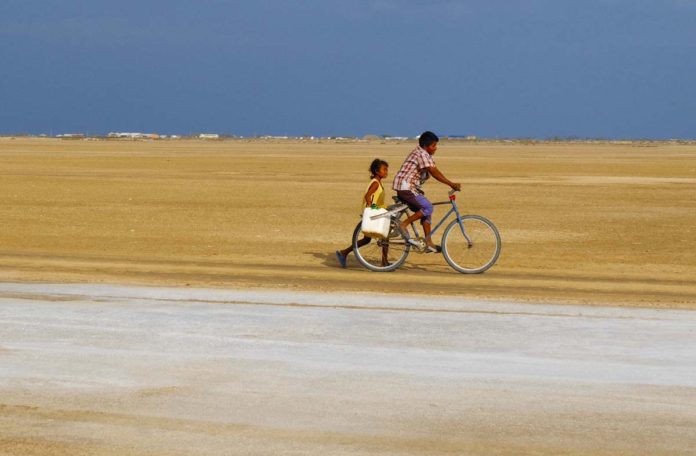 Ever since salt was first dried in pools along the coast of Colombia’s northeastern peninsula La Guajira by the Coanan pre-Hispanic peoples and traded for gold, this mineral remains one of the department’s most important natural commodities.

Similar to coal mined at Cerrejón – also located within this department – the salt from Manuare is an important source of income for hundreds of artisanal producers who toil in a region known for its lack of rainfall. Manaure produces close to 65% of the salt used in national consumption, with entire communities of the Wayúu running production of their charcas or salt flats. In rancherías, the ancestral reservations of the Wayúu, thin layers of salt blanket a desert where once tides retreated, and serve as bicycle paths through a landscape that is as barren as it is majestic.

With the advance of coronavirus, the search for water has become critical for the survival of many Wayuú communities.