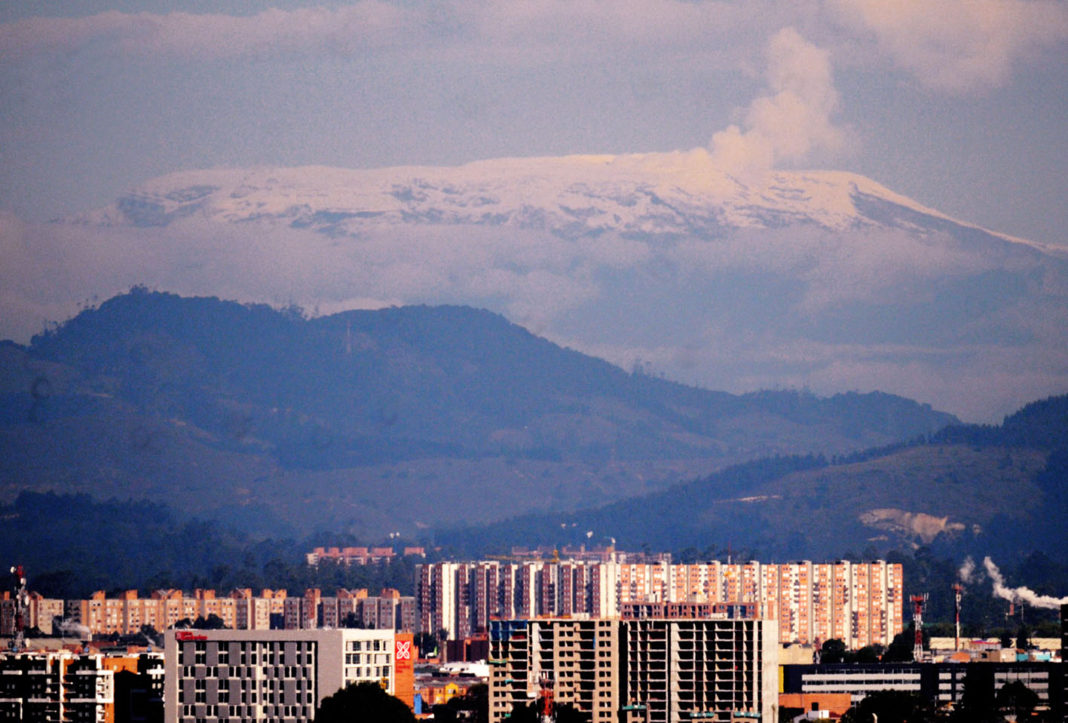 With pollution levels down across the globe as a result of lockdowns and reduced demand for fossil fuels, major cities have witnessed a dramatic improvement in air quality, among them, the Colombian capital Bogotá. On a clear morning in June, Bogotanos living close to the Eastern Cerros Orientales range could appreciate a rare view of the active Nevado del Ruíz volcano, located along the Central Cordillera. Rising 5,311 meters above sea level, the Nevado del Ruíz is one of several volcanos within Los Nevados National Park and popular destination for hikers and mountain climbers.

Also known as La Mesa de Herveo, the volcano was first ascended by the Swiss geologist Augusto Gansser-Biaggi and mountaineer W.Cunet during an expedition in 1936. Nevado del Ruíz last major eruption on November 13, 1985, resulted in a lava flow that destroyed the city of Armero, Tolima, and death toll estimated at 22,000.

As Colombia is the host nation for World Environment Day 2020, this image is a fitting tribute to the grandeur of our natural surroundings and reminder that humanity must keep up efforts to reduce contamination and dependency on non-renewable energy. 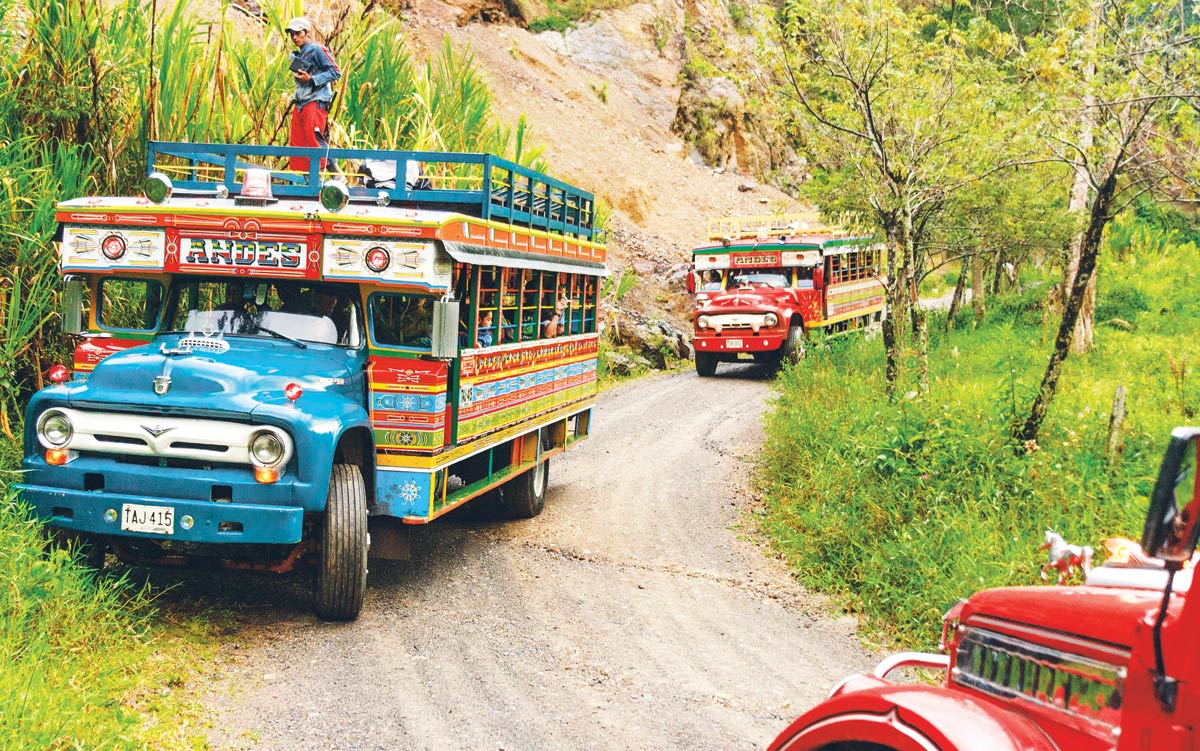 Rush hour along the Chiva trail