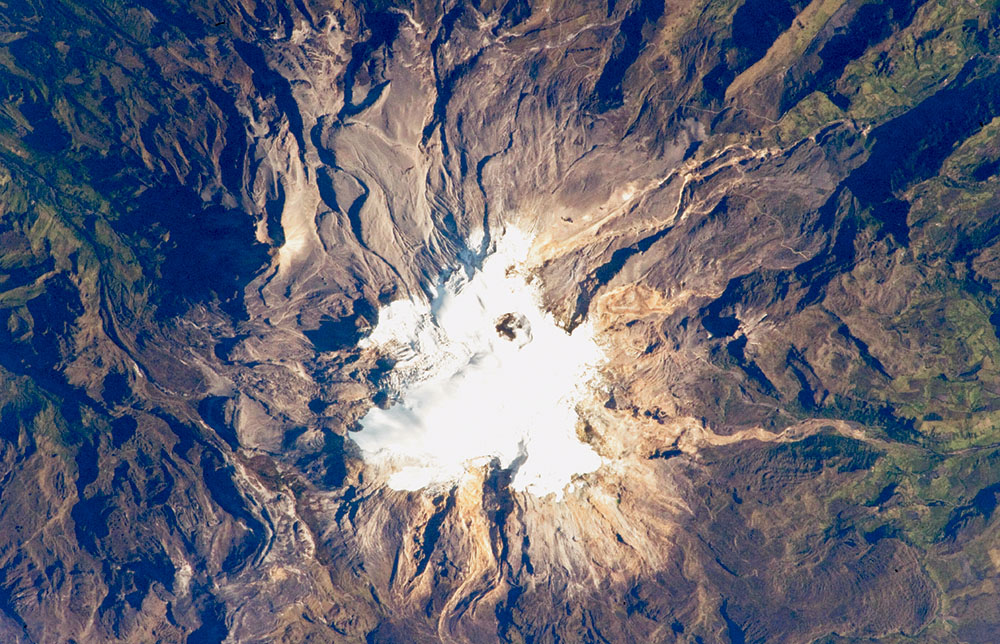 The Nevado del Ruiíz volcano in central Colombia is featured in this exceptional image captured by an Expedition 23 crew member on the International Space Station. With its towering snow-capped peak, the Nevado del Ruíz volcano is located 140 kilometers northwest of Bogotá and covers an area of over 200 square kilometers. Nevado del Ruíz is an active stratovolcano that rises 3,100 meters above sea level and built on successive layers of lava, ash, and pyroclastic flow deposits, formed by magma at the boundary of the subducting Nazca and overriding South American tectonic plates.

Historical records of eruptions extend back to 1570, but the most damaging eruption in recent years took place in 1985. On Nov. 13, 1985, an explosive eruption at the Arenas Crater melted ice and snow at the summit of the volcano. This lead to the formation of mudflows that swept down river valleys along the volcano’s flanks, resulting in the deaths of at least 20,000 people. The rice and coffee growing town of Armero was devastated by the force of the lahars. Even though climate change is depleting the snow capped summit of Nevado del Ruíz, the volcano’s upper flanks are still graced by several glaciers that appear as white mass surrounding the one-kilometer-wide Arenas Crater.

The summit can be seen from the departmental capitals of the central Coffee Axis – Manizales, Pereira and Armenia; as well as Monserrate above Bogotá, early mornings.

This photograph by NASA was taken at approximately 7:45 a.m when the sun was still fairly low above the horizon and Colombia enjoying summer skies. 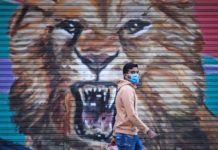 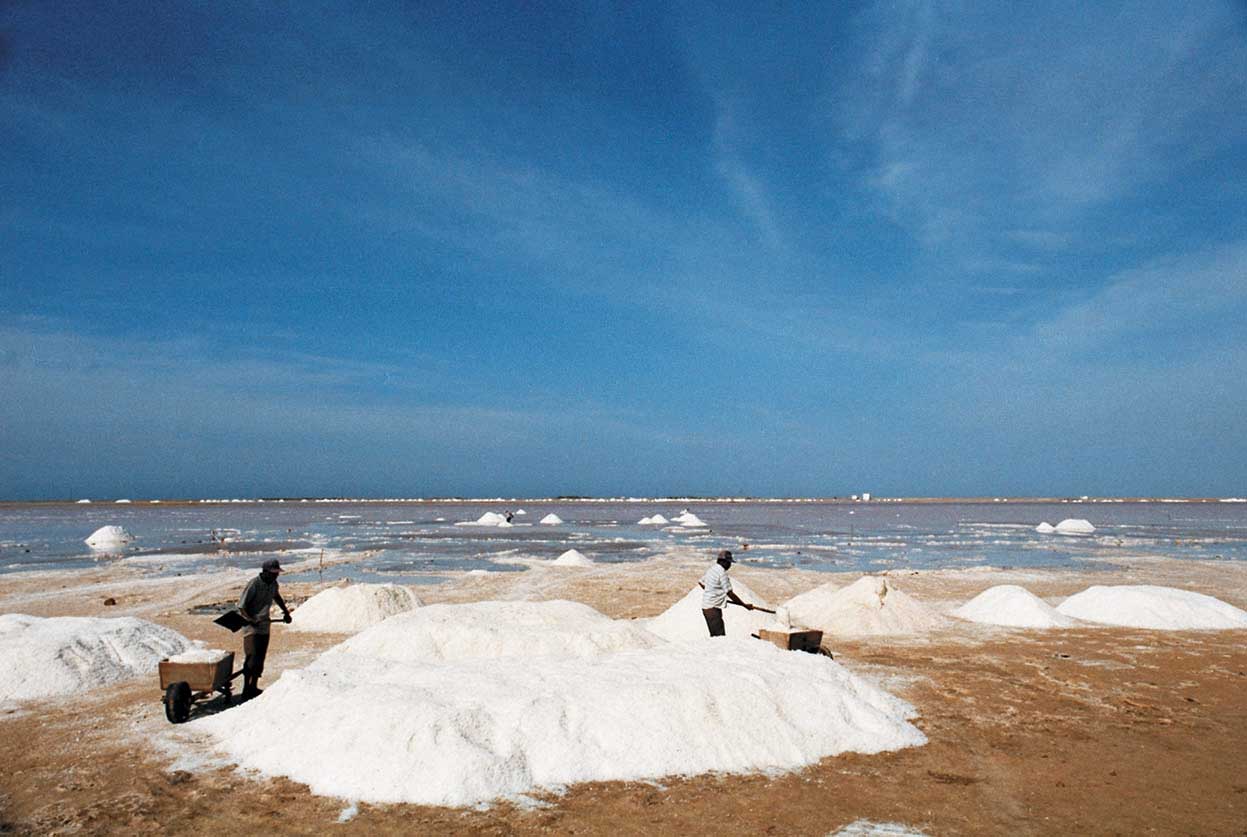