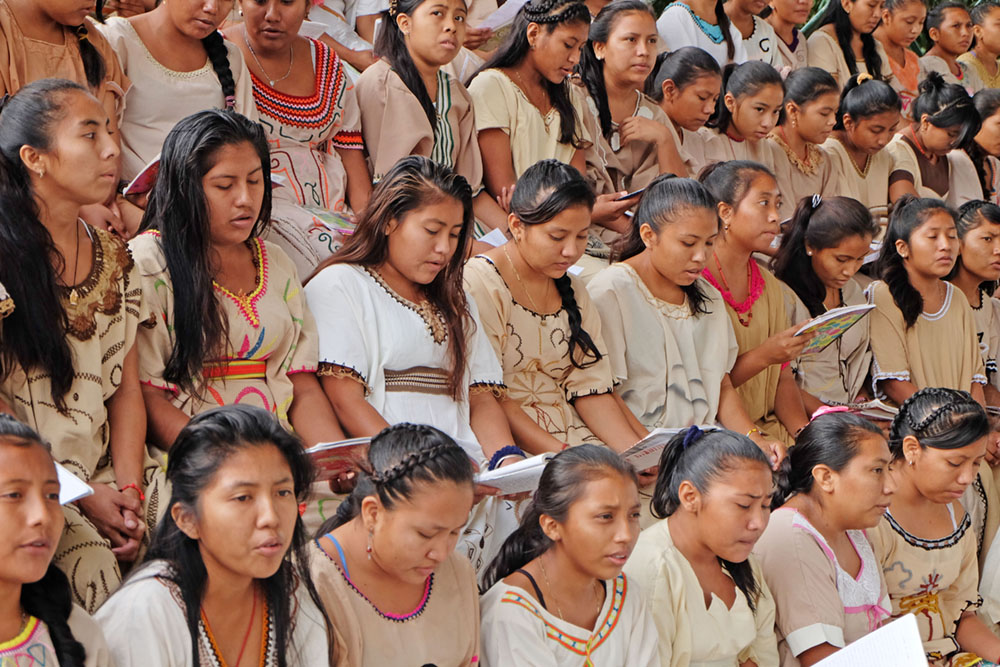 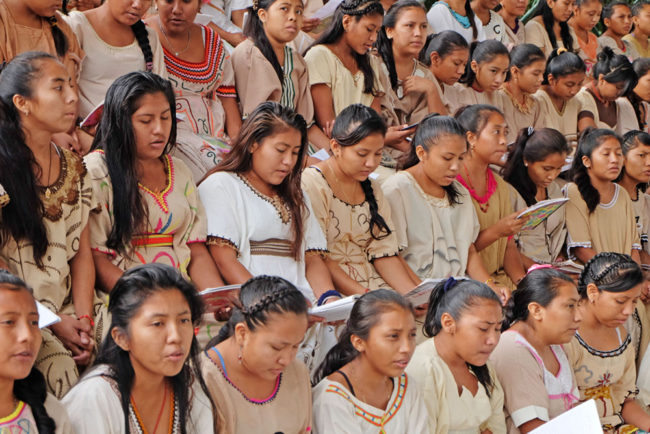 The department of La Guajira has been making headlines during the last several months after the Oscar-nominated film Pajaros de Verano (Birds of Passage), opened in theatres across Colombia. An original story by Cristina Gallego – our last month’s cover profile – and acclaimed director Ciro Guerra, this 90-minute epic takes audiences on a visual journey to the heart of Wayúu culture during the 1960s and 70s.

While we won’t reveal the plot, the film’s account of the marijuana trade and how it took root in this windswept territory, covers plenty of terrains, including the capital Riohacha, and locations along a unruly coast that extends northward to the mountain range Serranía de la Macuira.

Nestled in the shadow of this cloud forest that serves as a sanctuary for migratory birds is Nazareth – a town of 3,000 inhabitants whose architectural centerpiece is a boarding school founded by Capuchin priests during the 1940s when education arrived to this remote corner of the country.

Originally called Amúruru in the native language Wayunaiki, Nazareth is a biblical place, from the free-roaming goats scurrying among cactus groves to the relentless wind that sweeps over huts scattered in an expanse of yellow sand.

At the boarding school, Wayúu girls and boys are taught the national curriculum, as well as ancestral craft making – such as knitting mochilas and weaving hammocks. Before the school day starts, a religious ceremony is held in the main open-air auditorium, where the town gathers to hear the voices from the choir that gives meaning to the term: a hymn from Nazareth. 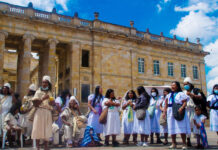 Bogotá in front of the camera in ‘Otrora’