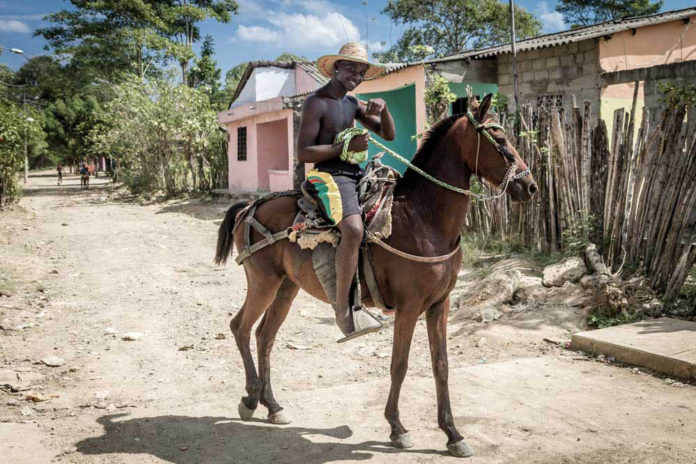 On a hot day along the Colombian coast, a young man and his horse come to a dedicated stop along a dusty trail, posing for the camera of Colombian documentary photographer and filmmaker Alejandro Cock.

The image looks as if it were taken straight out the pages of a history book when Liberator Simon Bolívar began his independence campaign to free the peoples of the Viceroyalty of New Granada, recruiting creoles as able-bodied horsemen for a corps which would sweep across the Andes until defeating the Imperial Army of Spain in the verdant plateaus of Boyacá. Joining Bolivar in the military campaign was the British Legion commandered by Dubliner James Rooke (1770–1819), who showed outstanding bravery while storming uphill against a Spanish garrison at the battle of the Pantano de Várgas. Once emancipated from the clutches of the Old World the creoles became politicians and the future leaders of the Republic of New Granada which abolished slavery in 1851. So even though this solitary horseman was photographed near the marshlands of María La Baja, Bolívar, he seems part of a much larger landscape, one which goes about its business everyday in a saddle, and manages to smile at the camera.