The indigenous Wayúu have been very visible in the news recently after enduring a devastating drought caused by El Niño and the severe malnutrition that continues to afflict children and the most vulnerable given the lack of water.

Hedged from the dry winds by their fenced hamlets, the Wayúu’s rancherías are based on a matriarchal system, where women spend their days weaving hammocks and mochilas, to be sold in the departmental capital of Riohacha. The men — in turn — tend to orchards and herd goats great distances to watering spots, now few and far between.

The arid peninsula of La Guajira acts as a natural border between northeast Colombia and Venezuela. Even though this department extends into the Caribbean and is graced by secluded coves and beaches, the Wayúu endure a hostile environment.

Until recently this area was very much off the beaten path for tourists. Yet, as the region’s ecotourism is developed, these camera shy and proud peoples are welcoming outsiders to capture their daily lives, as was the case when Bogotá-based fashion photographer Camilo George came across this poignant vignette of a mother and daughter hauling water, at sunset, back to their Wayúu village. 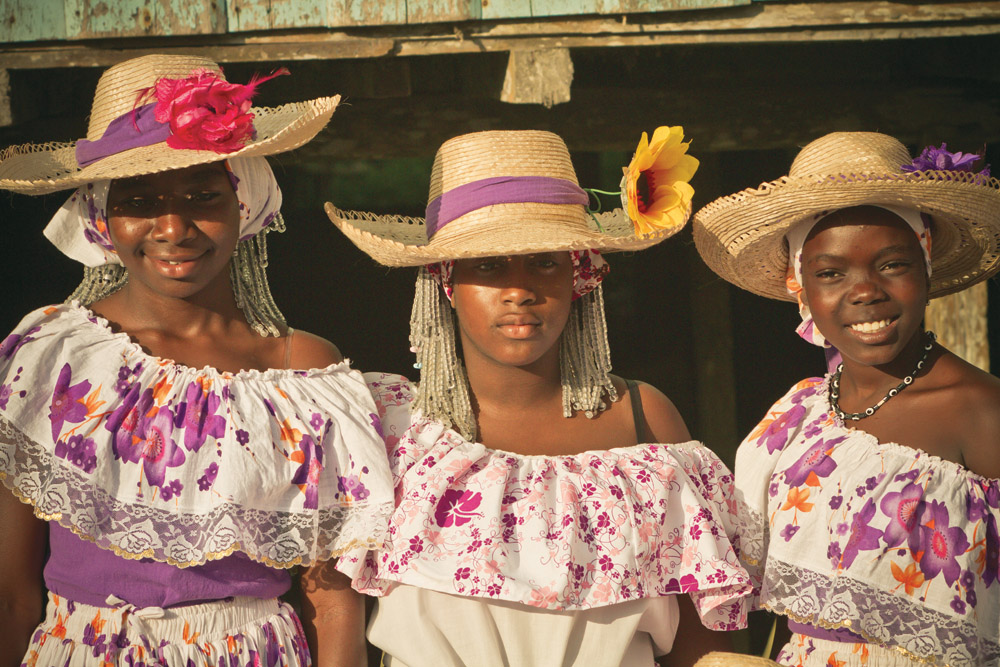 Proud faces of change in Timbiquí