One of the real treats of traveling in Colombia is knowing that you can stop in any town and buy arts and crafts made from local artisans. While towns and rural communities may be close together on a map, they can be worlds apart when it comes to the materials, patterns and ingredients used in the elaboration of accessories and edible delights.

Handicrafts are more than mere objects, they connect the present to the past by ancestral techniques handed down over generations, often in one family or indigenous group, such as the colorful mochila knitted by the Wayúu women in their rancherías (townships) scattered across the arid peninsula of La Guajira. Each mochila has a unique imprint, because artisans interpret nature in a different way, freely choosing colors that connect them with their cosmogony and culture.

As an iconic expression of a specific tribe and region, many of Colombia’s arts and crafts are now protected with the Designation of Origin status (PDO), including the emblematic hat of coffee farmers, the Aguadeño, intricately woven from the dry fibers of the Iraca palm, or painted clay buses – chivas – elaborated by potters in Pitalito, Huila.

Colombia has the most Designation of Origin products in all of Latin America – a total of 27, of which 11 are handicrafts. This recognition makes the country’s artesanías coveted by locals and foreigners alike. However, the designation not only rewards location- specific items, but also unique foods, laboriously prepared by confectioners and bakers in kitchens across the country.

Take the sugar-crusted guava jelly, Bocadillo Veleño, from Vélez, Santander, as one example, or the kernel-size biscuit – Achira – made from the starch of arrowroot in the small town of Altamira, Huila. And for those who love cheese, there is Queso Paipa, produced in dairy farms of this central Boyacá town, and also given the high- est international recognition. If visiting Paipa, the region offers visitors plenty of outdoor activities and ways to relax, such as enjoying thermal baths from natural hot springs.

Last month, Artesanías de Colombia – the official entity for promotion of Colombia’s arts and crafts – inaugurated an exhibition and market show- casing the most beautiful items protected by the Designation of Origin. During the inaugural ceremony in Bogotá’s Claustro Las Aguas, Minister of Commerce, Industry and Tourism (MinCIT) María Lorena Gutiérrez announced the launch of the “Colombian Crafts…From their Origin” route, developed by the country’s tourism promotion fund, FONTUR, and one of 36 being promoted as part of the national brand campaign “Surely you’ll love it” – Seguro te va encantar.

This new handicraft route includes 14 destinations in the departments of Antioquia, Boyacá, Santander, Caldas, Huila, Guajira, Córdoba, Sucre, Bolívar and Nariño. “Tourism finds in handicrafts a possibility of diversification, based on the sustainable use of heritage. This route is an invitation to tourists to get to know the crafts from their origin. If you buy local products, you also support the economy of that destination, and contribute to the improvement in the quality of life of our communities,” said the Minister.

Traveling a route inspired by the dedication of artisans who, everyday, mold, weave and carve items of unparalleled beauty allows tourists to learn first-hand of this country’s diverse regional identities, and, when possible, meet those who take great pride in their creations.

When tourists purchase ceramic tableware from a workshop in Carmen de Viboral (Antioquia), or a sombrero vueltiao weaved by artisans in San Andrés de Sotavento, a community nestled in the watershed of the Sinú river, they not only take home with them memories of a trip through Colombia, but an item that embodies the spirit and character of a people.

If Colombia is represented in the world by unique hats, hammocks and mochilas, it is also known for its picturesque towns, many of which are located near national parks, such as Guacamayas in Boyacá where the ancient art of basket weaving is one of the main attractions. This town is also nestled near the entrance of Cocuy National Park, a destination for experienced hikers keen on exploring glaciers and high-altitude lagoons.

The handicrafts route offers visitors a chance to purchase goods that benefit communities, as well as encourage other expressions of local culture, such as music and gastronomy. In the southwestern department of Nariño is Sandoná, a town with an established hat making industry. One of the other attractions for outsiders is trying melcocha, a sugar cane sweet that even has its own festival.

The 36 Tourism Routes deliver breathtaking scenery, and equally important, they showcase the generous character of locals, willing to share an intangible knowledge of the earth, from the red clay that is molded into a Ráquira vase to the ancestral mopa mopa resin applied by artisans in San Juan de Pasto, Nariño that transform wood carvings into works of art.

In a country with varied topography, from high Andes to tropical rainforests, all 32 departments are known for the generous character of locals. The “Colombian Crafts…From their Origin” route delivers the best of the road, and an opportunity to hear stories of how long it took to knit a San Jacinto hammock that one day will hang gracefully in a garden, or that mochila from Uribía, the star attraction in a conversation about a trip to Colombia.

To learn more about the handicrafts and how to purchase unique items, visit the headquarters of Colombia’s Arts and Crafts entity, Artesanías de Colombia, in the colonial cloister of Las Aguas (Carrera 2 No.18A – 58), Bogotá.

The website www.recorrecolombia.com is the official resource for all information relating to the 36 tourism routes developed by the Ministry of Commerce, Industry and Tourism (MinCIT) and FONTUR, which includes 30 destinations in a specific region, and six thematic routes, such as the one you’re about to take – “Colombian Crafts…From their Origin.” 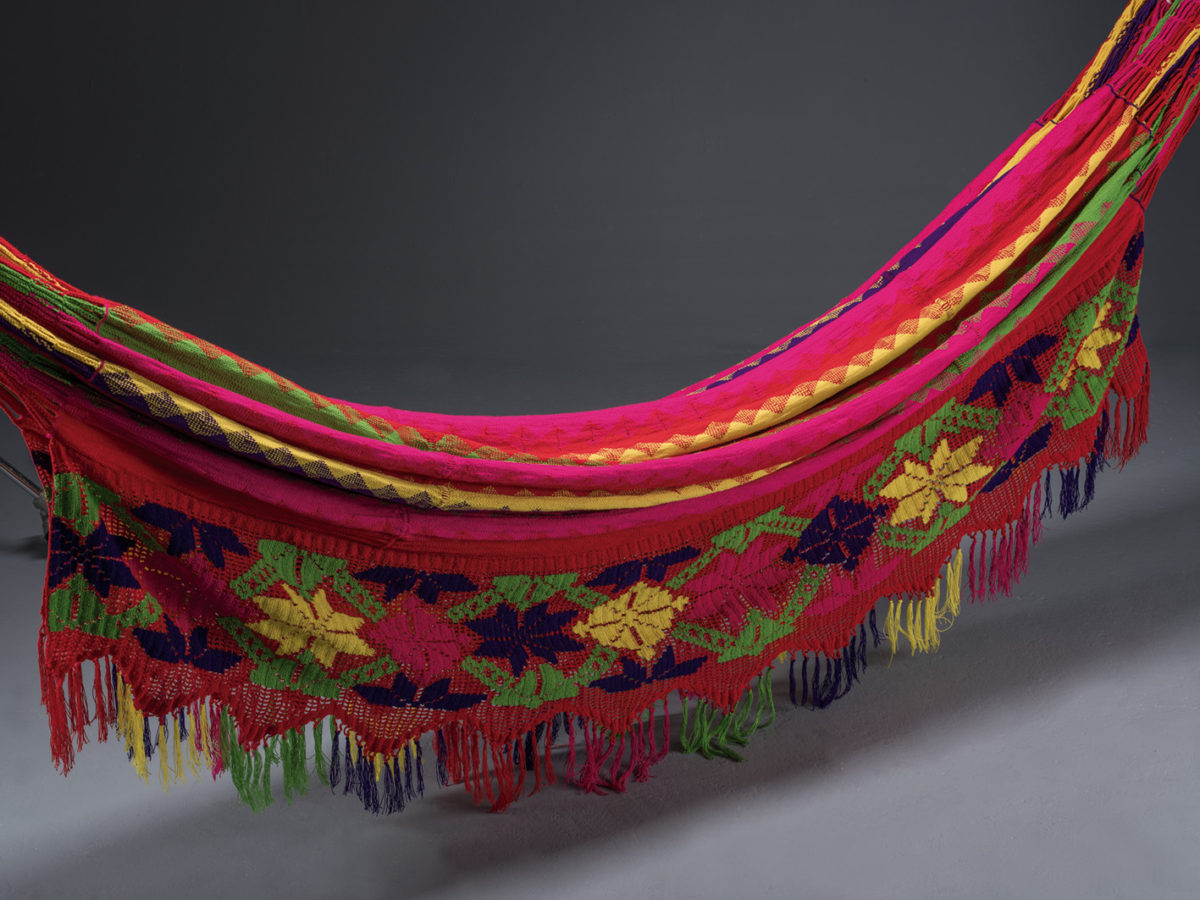