Throngs of visitors quickly filled the usually quiet streets of Popayán and lined its picturesque stone arched bridge where stalls offered local snacks and souvenirs. With the city’s Gastronomic Congress underway and hosted by the Gastronomic Corporation, the talk of the town during four days in September was everything food-related; and, with Vietnam invited as guest nation to the 17th edition, for many attendees, the first contact with spring rolls, Lotus rice and bean soup.

For the Vietnamese delegation, attending this Congress was also a unique opportunity to try the region’s tamales de pipián, striking a cross-cultural nerve, because, despite endemic ingredients, Popayán and Ho Chi Minh share a love for piquant.

Bringing together in the main landmarks of the so-called White City, chefs, culinary students, agricultural producers, investigators and dedicated foodies, the congress’ objective is international and domestic representation, and doing justice to Santander, where fat-bottomed ants (hormigas culonas) are more popular as a snack than popcorn, this department took center stage. Silvia, a small community at heart of the Guambía indigenous territory, was the Guest Municipality. Standing alongside the three gastronomic heavyweights was also a guest product: panela (raw brown sugar.)

Declared Colombia’s first City of Gastronomy by UNESCO in 2005, Popayán takes full advantage of its colonial charm to stream its gastronomy program to daily showcases at the Hotel Dann Monasterio, alongside a varied academic agenda at the Casa de la Moneda (Old Mint). In parallel, the city’s tranquil Parque Caldas also fills to capacity in a Festival of Flavor, vibrant and bustling stalls of traditional foods by local cooks and chefs, drinks and music performances that play into the night.

The star events of the Congress are four gastronomic showcases, which act as an opportunity for the host city and guests of honor to display the best of their cuisine and cultural identity. As guests indulged in the delights of Cauca on the first evening, resplendent with three menus representative of the region’s diverse influences, the second showing saw gasps of awe as, amongst other specialties, Hue Style rice was served traditionally in the beauty of a lotus flower. The simple splendor of Vietnamese cooking was brought to life by Chef Phan Ton Han Tue.

On the local side, Santander proudly hosted the third showcase by Chefs Carlos Jesús Contreras Ayala and Carlos Andrés Ibánez Santamaría. Guests were delighted with the delicacies of the region, including El Cabrito a la Chicamocha and for dessert ice-cream accompanied by bocadillo Veleño with almojábana del Puente Nacional.

The fourth and final showcase 200 Years Cooking Our Identity brought to the table reflections on this year’s bicentennial. Occupying a central theme in the Gastronomic Congress, the objective was not to recreate an Independence dinner, but, as Chef Leandro Carvajal put it, “to search for our identity as a nation.” Drawing on the stone stove as a fundamental part of the early Colombian homestead, Carvajal described a kitchen of regions as the manner in which national identity was established with the Independence. He presented a menu rich in local, pre-Columbian, European, African and Asian ancestral kitchens.

Other gastronomic highlights from the Congress included new uses of the coca plant: coca salt and coca flour. The latter, an enchanting marine-blue color, surprised the senses with its enticing aroma, making it a product to watch for in the condiment cabinet.

At its heart, the Congress evokes community, a celebration of tradition, while embracing the diversification of culinary practices and techniques. At a time of marked nationalism, Vietnam’s presence demonstrated that culinary identity can be unique to each country, but best when shared among nations.

A central theme of the Congress was the celebration of traditional cooks represented in the book Los Fogones de mis nonos (The Stoves of my Grandparents), an initiative to protect ancestral recipes of each town in Santander for future generations. The project, sponsored by the Governor’s Office, awarded 16 recipes. The Congress’ Lifetime Achievement Award (Premio Álvaro Garzón) went to Zoraida Agámez Rodríguez – fondly known as Chori – for her talents and safeguarding of local gastronomic heritage.

The Gastronomic Congress of Popayán melds tradition with innovation, proving that one cannot exist without the other. And when the drummers of Guapi met their counterparts from Vietnam strumming lutes (Dan Nguyet) and beating their bamboo percussion sticks (Phach), music, like fine gastronomy, transcended borders. 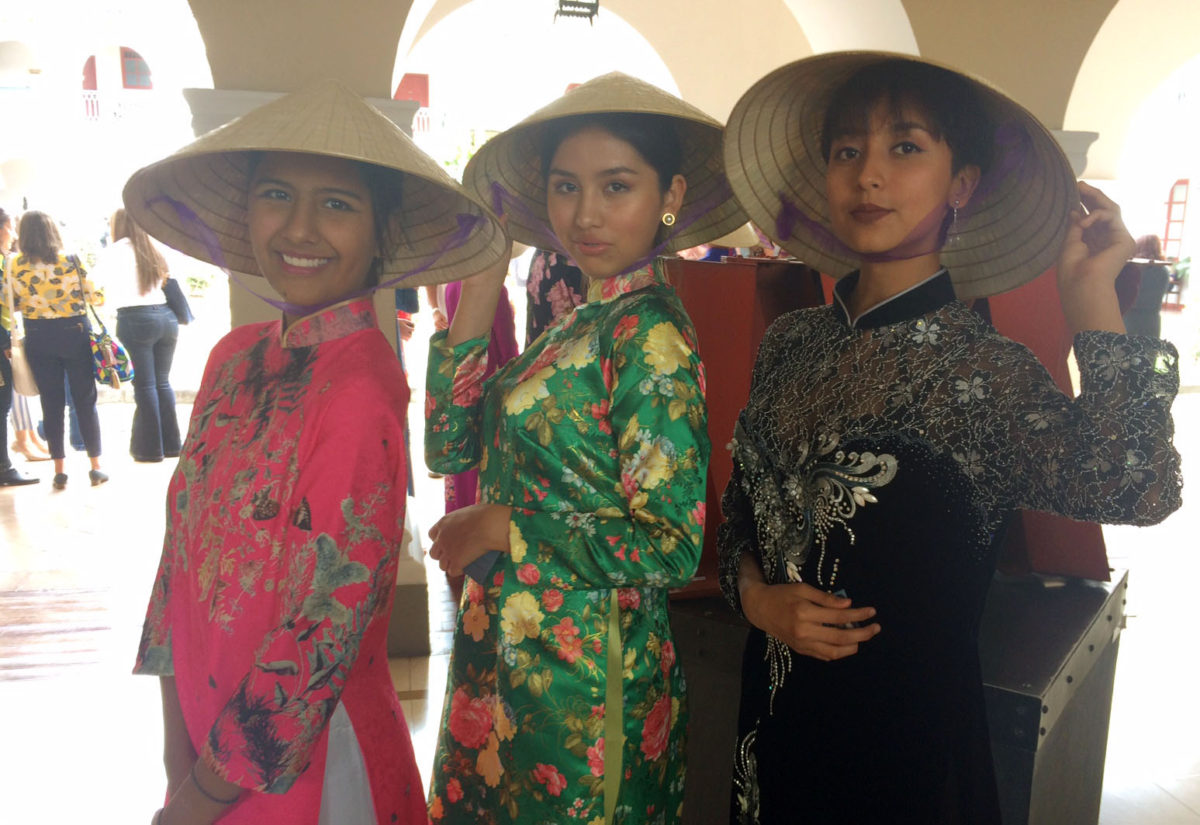