With few adjustments to the menu, mainly to cater to regional tastes and customs, such as having more afternoon snacks (paisas like to gather at that time of the day to chit-chat,) it aims to keep offering an all-things-Colombian experience. As in Chía or Bogotá, in Medellín, excuses to have fun aren’t needed, and dancing can take center stage any day of the week.

Located in the Río Sur Shopping Center of El Poblado neighborhood, the restaurant-bar-club took a year and a half in the making, has 110 tables, sits 450 people, and expects to entertain 3,500 guests per week.

Andrés Jaramillo, the founder of his namesake, has strong family ties to the region, which explains why the company decided on Medellín as the first city to begin its expansion. Besides, Andrés Carne de Res is no stranger to Antioquia. It has been organizing large-scale pop-up events for the past six-years hand in hand with restaurateur Jorge Moreno. Now, a business partner in Andrés Medellín, Moreno believes the timing is perfect.

“The opening of Andrés Medellín is a dream come true. After many years of bringing the brand to the city, experiencing the warm character of the paisas, we decided it was opportune to settle-in permanently, and begin a new experience in this beautiful city,” Moreno said.

If Chía and Bogotá have their own particular vibe, expect the same for Medellín. In fact, Moreno’s biggest concern was to be as faithful as possible to the customs and mentality of Antioqueños, without losing the authenticity of the name.

“Relocating the brand experience to another city has been a big challenge. We are working very hard so people feel the magic and charm that characterizes Andrés in Chía and in Bogotá. However, we want to get to the heart and soul of the paisas, which is why we took into consideration their customs,” he explained.

Whether in Medellín, the land of eternal Spring, in Chiía, where the moon seems to shine brighter than anywhere else, or in Bogotá, the cosmopolitan epicenter of the country, a night out at Andrés is undoubtedly unforgettable, as all things in Colombia usually are.

The house favorites include a tenderloin in red pepper ajioli with chimichurri sauce (En vino ajioso), and salt encrusted Lomo al trapo. No matter where they are served, Andrés’ take on meat is not complete without trying Cartagena’s emblematic Posta de Punta Negra (rump steak) served with sweet ripe plantain and that serves two. When in Medellín, go local with the region’s Bandeja Paisa, a platter consisting of red beans, minced meat, chorizo, avocado, rice and crispy porkrinds. A must try! And no visit is complete without a bowl of steamy criolla potatoes and fried cassava while waiting for that first drink. 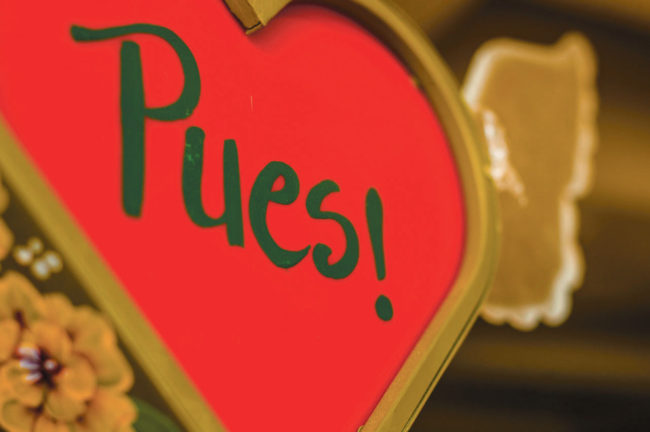 Beyond corrientazo: Bogotá restaurants for a ‘power’ lunch