On the eve of the 250th anniversary of the birth of Alexander von Humboldt and a particularly significant event for Colombia as the pre-eminent 18th-century Prussian naturalist chartered the Amazon and Orinoco river basins that today are essential for the preservation of the continent’s rich biodiversity. 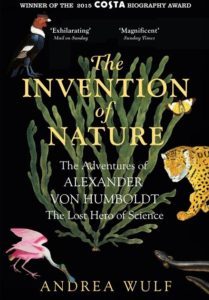 All over the Americas, towns and rivers have been named after Humboldt, along with mountain ranges, waterfalls, and a weather pattern, known as the Humboldt Current. And in the words of Charles Darwin, Humboldt was the “greatest scientific traveler who ever lived.”

“The Invention of Nature: Alexander von Humboldt’s New World,” by the German novelist Andrea Wulf weaves a fascinating tale around the famous 1799 expedition to the tip of South America, making landfall at Cumaná in Venezuela, where with botanist Aimé Bonpland, they ventured south to explore the course of the Orinoco. Documenting discoveries, such as how electric eels could kill a horse to the existence of the Casiquiare canal that unites the Orinoco with the Amazon, Andrea Wulf’s Humboldt presents a humanist driven by ambition who earned celebrity status.

As with Darwin’s voyage on the Beagle 32 years after Humboldt first came into contact with the indigenous tribes of the Maipures river in Vichada, Wulf’s account of Humboldt’s life makes readers feel that they are part of a momentous episode in history, and one that continues to shape scientific discovery in Colombia. 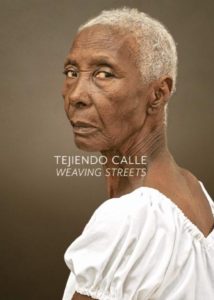 Cartagena artist Ruby Rumié recently released the hardcover Tejiendo Calle (Weaving Streets), based on her 2016 exhibition at the NH Gallery in Cartagena with the same title. Raised in this port city with marked racial and class divisions, Rumié established strong relationships with palenqueras ever since she was a young girl, as many of these descendants of former slaves who established the first Free Town in the Americas, San Basilio de Palenque, are employed as domestic help.

Fifty Palenqueras posed for Rumié in an artistic project that took two years in the making, many of them walking into a studio for the first time, as well as known city landmarks that sharply contrast with their daily activity of “weaving the street.” From the large-scale portraits exhibited in the gallery, to reproductions of the palenqueras’ notebooks and amulets, the artist lifts a veil on a rarely seen aspect of Cartagena life, and the result a personal voyage to the most intimate, and dignified of living patrimony.