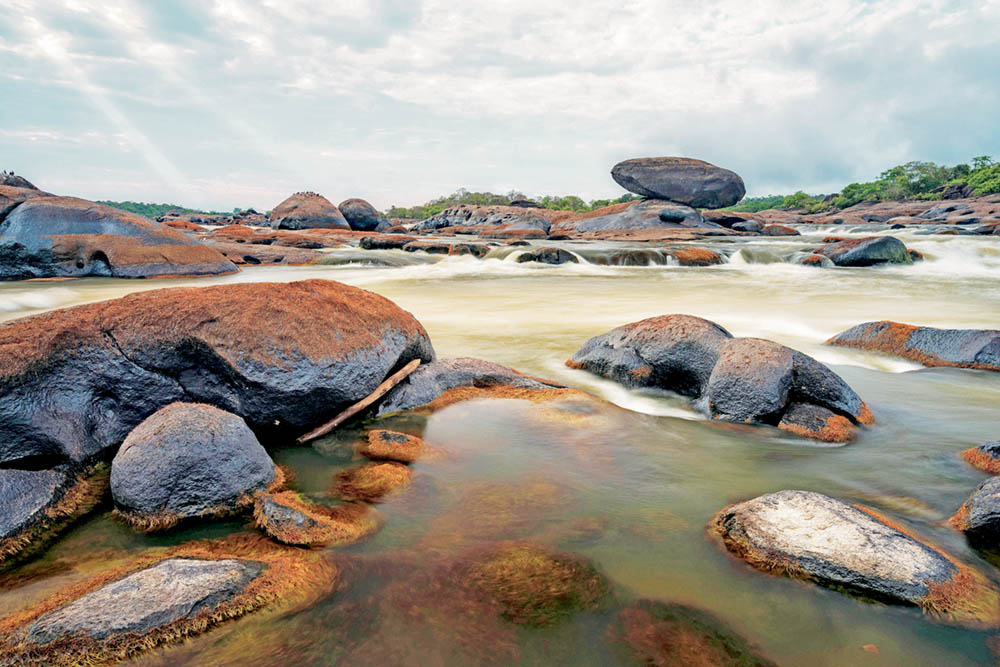 When Alexander von Humboldt crossed the plains of Venezuela and navigated the Orinoco River, the naturalist arrived at an estuary with gigantic smooth granite rocks, that reminded him of the cataracts of Syene along the Nile.

Deep in the heart of the Orinoco Basin, the adventurous traveler documented these geological formations, the torrid rapids of the Maypures (named after the indigenous people who inhabited the region) and jaguar sightings among the tall grass of the savannah.

The Raudales de Maypures (Maypure rapids) flow through one of Colombia’s most remote national parks, Parque Nacional Tuparro, and a corner of the world Humboldt described as an “exceedingly beautiful.” The naturalist even described in his journals that this navigable network of waterways was the “Eighth Wonder of the World.”

Landscape photographer Gabriel Eisenband traveled up the Maypures as part of a project to capture the grandeur of Colombia’s national parks for an exhibition that was shown recently to celebrate Día Nacional de Parques, or National Parks Day.

As a trained cinematographer, Eisenband turned his sights to still photography more than a decade ago – and passionate about landscapes – began exploring this country’s 52 official parks. The results are tens of thousands of stunning photographs, the best of which will be published by Villegas Editores in a first ever hardcover book dedicated in its entirety to the country’s parks.

From climbing up the world’s highest coastal range Tayrona National Park, exploring Nutría along the Pacific, Amacayacu in the Amazon, or the “River of Seven Colors” that flows through Caño Cristales, Eisenband is an intrepid photographer, and passionate about the diverse topography that also enchanted this pioneer of geological science.